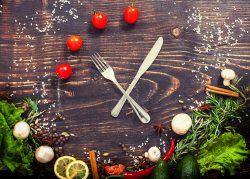 How we balance weight gain and weight loss is predominantly due to what we eat, how much we eat and by how much we exercise. However, another important factor is often looked over. It isn’t just about the amount of calories we consume, but when they are consumed that will determine how well we will burn those calories.

In a study by Researchers at the Vanderbilt University, the metabolism of middle-aged and older participants was monitored in a whole room respiratory chamber over two 56 hour sessions using a random crossover experimental design.

DUring both sessions, lunch and dinner were served at the same times (always at 12:30 and 5:45), but the third meal timing differed between each of the two halves of the study. In one of the 56 hour time frames the additional meal was served as breakfast at 8:00 a.m. In the other session the meal was nutritionally equivalent to a snack in the late evening at 7:00 p.m. The length of the fast overnight was the same for the two sessions.

Although the two sessions were not different in the type or amount of food eaten or in their activity levels, each day the timing of nutrient availability along with clock/sleep control of metabolism, turned on a switch in the participant’s fat/carbohydrate preference such that the snack in the late evening resulted in a smaller amount of fat burned than the morning session.

The results indicate the time of the meals during the day and night cycle affect the extent to which consumed food is used versus being stored. The study has significant implications in regards to eating habits assuming that daily fast between an evening meal and then eating breakfast will maximize weight management.