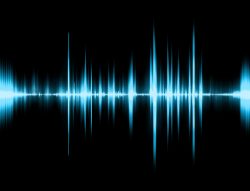 The University of Michigan has discovered that noninvasive technology of sound can break down tumors in the liver of rats. It can also kill cancer cells and stimulate the immune system to prevent any continued spread. This potentially could lead to advances in improved outcomes of cancer in humans.

The procedure doesn’t target the whole tumor but destroys 50-75% of the tumors volume. The animals immune system has the ability to clear away the rest with no recurrence evident in more than 80% of the rats. Even if the entire liver isn’t targeted, the team could still cause a regression of the tumor and reduce the risk of metastasis in the future.

The treatment was also shown to stimulate the animals response of the immune system. This potentially contributes to the ultimate regression of the portion of the tumor that was not targeted and prevents additional growth of the cancer.

The treatment which is called histotripsy, focuses noninvasively ultrasound waves that mechanically eradicates, with millimeter precision, any targeted tissue. This rather new technique is currently used in trials of liver cancer in humans in the U.S. and Europe.

In numerous clinical occurrences, the entire cancerous tumor can’t be directly targeted in treatments for reasons that entail the mass’ location, size and stage. To research the results from partially destroyed tumors with the use of sound, the newest study targeted just a part of each mass, leaving behind an intact tumor that was viable. In addition it allowed the team to reveal the effectiveness of the approach under conditions that had limited conditions.

Histotripsy is an encouraging choice that can overcome the restrictions of presently available ablation modalities and provide effective and safe noninvasive removal of the liver tumor. The team hopes that the results from their study will prompt preclinical and clinical histrotripsy research in the future towards the eventual goal of adoption of histotripsy treatment for patients with liver cancer.

Cancer of the liver is among the top 10 causes of global deaths related to cancer. With the current treatment options, the prognosis is poor with fewer than 18% in the U.S. having a five year survival rate. The occurrence is high of tumor metastasis and recurrence following initial treatment which shows the clinical need for the improvement for people with cancer of the liver.

The normal ultrasound utilizes sound waves to produce images of the interior of the body. This new technique by the team is pioneering the utilization of these waves for treatment. Additionally their treatment will work without the side effects that are harmful with current treatments such as chemotherapy and radiation.

The transducer they have designed and made has the ability to deliver high magnitude microsecond-length ultrasound currents to center on the tumor to break it up. Traditional devices that are ultrasound use decreased amplitude currents for imaging.

The long microsecond currents from the team’s transducer cause micro bubbles within the tissues that are targeted. These bubbles will rapidly enlarge and disintegrate. These violent but very localized mechanical pulses kill cells that are cancerous and break up the structure of the tumor.

Recently the team’s study has produced results that are promising on histrotripsy treatment of immunotherapy and brain therapy.

To view the original scientific study click below:
Impact of Histotripsy on Development of Intrahepatic Metastases in a Rodent Liver Tumor Model