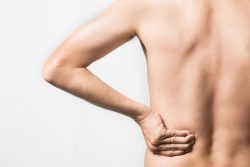 A new study has given insights into muscle boosting therapies for age related muscle decline and muscular dystrophies. The study conducted by scientists from Sanford Burnham Prebys, have discovered a molecular signaling pathway involving proteins that regulate how muscle stem cells decide whether to differentiate or renew.

Stem cells in the muscles can burn out while trying to regenerate tissue while natural aging processes occur or due to a variety of chronic diseases of the muscles. The team believes they have found possible drug targets that will direct stem cells in the muscles to make the right decision that will lead to muscle repair. This can potentially help regeneration of muscle tissue and help in the maintenance of muscle function due to distrophy of muscles and the aging process.

As part of the natural aging process muscle wasting occurs. This is called Sarcopenia. Sarcopenia affects almost 10% of adults over 50 and nearly ½ of these individuals are in their 80s. This condition can lead to loss of independence and contributes to accidents involving falls which is a leading cause of accidental death in those 65 and older.

Stem cells of the muscle choose between two different fates over a person’s life. They either self renew to replenish the population of stem cells, or they become adult muscle cells. Mounting evidence has shown that mitochondrial respiration or cellular breathing, is a key switch that will drive stem cells of the muscle to differentiate which is an energy intensive process instead of self renewing.

For the current study, the team used mouse models to demonstrate that protein Stat3 promotes mitochondrial respiration. Stat3 regulates many of the cellular processes. This led the team to comb through genes which are expressed during muscle growth to locate additional proteins which are regulated by Stat3 which might serve as more specific targets.

Their efforts led to the protein Fam3a. They conducted further work which included generating a mouse model and cell lines that lacked the Fam3a protein and demonstrated that this protein is required for differentiation and muscle growth. They also showed that Fam3a is secreted by muscle cells while muscle repair occurs. Treatment with the protein restored mitochondrial respiration and stem cell differentiation in stem cells of the muscle which lacked Stat3. This demonstrated the integral role Fam3a plays in determining the fate of muscle stem cells.

Due to the aging of the baby boomer generation with people over the age of 60, it is important to help extend health span as well as life span. The ability to maintain and boost muscle tissue function can assist more people in living an independent and active life. The results of the study can help scientists find applications for muscle wasting diseases and challenges associated with the aging process.

The hope is their findings could also apply to stem cells that differentiate in efforts to create other tissues to treat other degenerative diseases of tissues. They are currently conducting preclinical studies to validate the protein Fam3a as a therapeutic target.