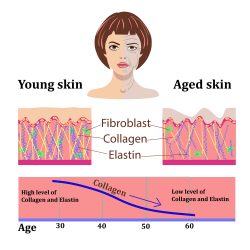 Scientists from the Babraham Institute in Cambridge have discovered a new technique to rejuvenate old skin cells. This technique has the ability for researchers to turn back time for up to 30 years on cellular aging without changing their function.

They were able to partially recover an older cell’s function and also rejuvenate it on a molecular level to a more youthful state. They simulated a skin wound for their research and noticed how the cells started behaving like more youthful cells.

As a person ages, their cellular ability to behave normal declines, therefore resulting in accumulation of the genome, which is a mark of aging. From this new technique cells look and behave much younger. It is a monumental step forward in the ongoing research.

Regenerative biology’s main goal is to replace or repair cells, even old ones. The ability to develop “induced” stem cells is an important part. There are many steps involved including deleting some markers that make cells specialised. The theory is that they can then become any cell type. Scientists have been eluded as to how to mimic the conditions necessary to re-differentiate a cell type.

The new technique overcomes this by erasing a cells identity by temporarily stopping the reprogramming process. The scientists were then able to discover the exact balance between a cells reprogramming, which can make them young biologically and still have a specialised function.

But the research is still in the early stages. This new process stems from the research in 2007 from Shinya Yamanaka. He was able to turn a normal cell that has a specific function into a stem cell that has the ability to turn into any cell type. It takes up to 50 days to do this and the four key molecules used are now called the Yamanaka factors.

The new technique is called maturation phase transient reprogramming and uses exposure to the Yamanaka factors for 13 days. It is at this point that the cells lose their age-related changes and temporarily lose their identity. They are then then left to grow, and from observation from genome analysis, showed that they had formed new markers characteristic of skin cells showing collagen production.

This new research has potential for the rejuvenation of not only skin cells but other tissues in the body. It could lead to treatment of diseases of old age such as heart and neurological disorders and diabetes. Because it has now been shown that rejuvenation of a cell can be done without losing its specialised function the implications of further study is very exciting. This new research could be revolutionary for regenerative medicine.