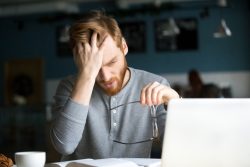 The World Health Organization (WHO) recommends exceeding weekly recommended physical activity levels to offset the health harms that are associated with prolonged sitting. This is the 1st recommendation of this kind following additional research showing that an increase in physical activity can reduce the risk of early death which has been linked to being sedentary for a long period of time.

The new guidelines note that all physical activity counts and is great for long term health. The recommendation reflects a large and growing body of evidence that links extensive sedentary time to serious ill health and also a heightened risk of early death. New data recently released has shown that adults who clock up long hours of sedentary time each day can counter these risks through increasing the amount of activity they engage in.

This research which involved more than 44,000 participants from 4 countries who wore activity trackers, has revealed that a high amount per day of sedentary lifestyle as defined in the study as in excess of 10 hrs, is linked to significantly increased risk of death and this is particularly true of people who are not physically active.

However, 30-40 minutes daily of physical activity that is moderate to vigorous in intensity will substantially weaken the risks. This brings the risks down to levels associated with very low amounts of sedentary time.

The guidelines do state that there isn’t enough evidence to recommend specific maximum thresholds for sedentary behavior. However, everyone irrespective of their abilities or age should try to limit their daily sedentary time and replace it with physical activity at any intensity.

The research shows that all physical activity counts. This could be a variety of activities such as a walk around the block, climbing stairs instead of taking elevators, going for a bike ride or run, gardening, a team sport, or a high intensity interval training workout.

Boosting levels of physical activity doesn’t only benefit physical and mental health, but will help to stave off the risk of early death. It is also likely the benefit the global economy through higher productivity, lower rates of attendance, and lower rates of working age sickness and death.

The new guidelines consisted of more than 40 scientists from 6 continents. They provided a consensus on the latest science in regards to the health impacts of sedentary behavior and physical activity from early childhood to older age. Key guidelines for adults which include those with disabilities or long term conditions at any age are:

Aim to engage in 150 to 300 minutes of moderate intensity or 75 to 150 minutes of vigorous activity or an equivalent combination of both and muscle strengthening activities such as core conditioning and weights at moderate or greater intensity on 2 or more days per week.

People 65 and over should engage in physical activity that stresses functional balance and strength training at a moderate or greater level of intensity 3 or more times per week.

Women should engage in regular physical activity while pregnant and also after birth to include activities that include aerobic and muscle strengthening Mild stretching may also be beneficial.

Physical activity that is of light intensity won’t cause a substantial increase in breathing or the heart rate and includes activities such as strolling.

Physical activities that are of moderate intensity increase heart rate and invokes to some degree breathlessness but it is still possible to talk. This includes dancing, brisk walking and raking leaves.

Physical activity that is of vigorous intensity may substantially increase the heart and breathing rate and includes running/jogging, cycling, carrying heavy objects, swimming, digging in the garden, walking up stairs and playing tennis.

There still are gaps in the knowledge such as where exactly the bar is set for “too much sitting” is. However, research is continuing to answer some of the unknowns. The current guidelines are timely given the global pandemic which has people confined inside for lengthy periods and has created an increase in sedentary lifestyle.

A person can still protect their health and offset the harmful health effects of not being physically active. As emphasized, any activity counts. There are a variety of indoor options that require minimal amounts of space and/or equipment such as active play with pets and children, climbing stairs, dancing, and online yoga and Pilates classes.