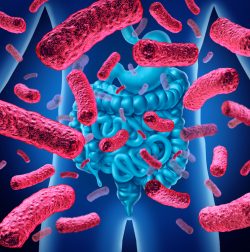 A new study has found links between gut bacteria and the active form of Vitamin D. This study has suggested that gut bacteria may play a vital role in converting inactive Vitamin D into its active, health benefiting form. Vitamin D is essential for maintaining healthy teeth and bones and for a strong immune system. The study has revealed a new understanding of Vitamin D and how it is typically measured.

A variety of studies have suggested that a deficiency in Vitamin D is linked to cardiovascular diseases, cancer, diabetes and osteoporosis. But the largest randomized clinical trial thus far which comprised of more than 25,000 adults, determined that taking Vitamin D supplement had no effect on health outcomes. And a few studies have suggested that low Vitamin D levels may also be associated with more severe cases of COVID-19 although the research is not conclusive at this time.

When researchers and healthcare professionals need to determine a person’s Vitamin D status they will measure their serum levels of the inactive precursor. This will reflect how much of the vitamin the body stores. However, the vital factor could possibly be how the vitamin is metabolized instead of how much is stored.

The researchers involved in the current study have suggested that might be because these previous studies measured only the precursor form of the vitamin rather than the active hormone. Measures of vitamin D formation and breakdown might be better indicators of underlying health issues and who might best respond to supplementation of this vitamin.

When the researchers for the current study at the University of San Diego in La Jolla measured how much older men had active Vitamin D in their blood, they found that its level was linked to the diversity of the bacteria community living in their gut or what is known as gut microbiome. Gut microbiome live in our digestive tract and play important roles in health and disease risk. Greater gut microbiome diversity is thought to be linked to better health in general.

Levels of the active Vitamin D also correlated with numbers of friendly bacteria that were found in the gut. In contrast, there was no strong link between the inactive, precursor form of the vitamin and friendly bacteria or bacterial diversity.

The team was surprised to find the variety of bacteria types in a person’s gut was closely linked with active Vitamin D. And the correlation between active Vitamin D and microbial diversity remained even following adjustments for factors that are known to determine microbial diversity. These include where in the United States a participant lived, their age, their antibiotic use and their ethnic background.

In fact, the levels of active Vitamin D in each participant’s levels correlated more strongly with microbiome diversity than any of the above factors. This is especially remarkable in that people who live in climates that are sunnier such as California, can synthesize more of their own Vitamin D through ultraviolet light action on their skin.

It appears that it does not matter so much how much Vitamin D a person gets through supplementation or sunlight nor how much the body can store. It really matters how well the body is able to metabolize that into active Vitamin D. This is what clinical trials need to measure in order to get more accurate measures of the vitamins role in health. The team speculates that changing a patient’s microbiota could augment existing treatments for bone density improvements and other health outcomes.