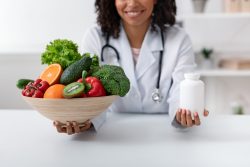 Have you ever wondered if diet has a more important role than drugs for good metabolic health? A new study set out to find whether it was diet or drugs that play a more powerful role in a person’s health.

The research was done in advance of a clinical study by the University of Sydney’s Charles Perkins Centre. It found that conditions such as stroke, diabetes and heart disease could be kept at bay by the control of our diet.

They discovered that diet can indeed be more beneficial to how our cells perform than drugs. This study was in addition to the team’s work already done in humans and mice that demonstrated how diet and specific combinations of proteins, fats and carbohydrates can protect the body. Conditions such as obesity, aging, heart disease, type 2 diabetes and immune dysfunction are affected by a persons diet.

The team used mice for the study because they have the same nutrient-signalling pathways as humans. The research consisted of 40 different treatments, each having a variety of a combination of fat and carbohydrates, proteins, calories and 3 anti-aging drugs. The drugs are designed to act on the same pathways as diet.

A persons diet can be very powerful for keeping the body healthy. Currently drugs are used without considering how they may interact with nutrients. Researchers wanted to know if interactions between diet and drugs would make them more or less effective. One goal of the study was to discover how these drugs would affect the liver which is the organ that regulates metabolism.

This study was different in that it used a nutritional geometric framework. Instead of focusing on one isolated nutrient it considered how interactions and mixtures of various nutrients affect health and disease.

It was found that the nutritional parts of a diet affect the body differently. For example, total calories and protein are found to be important in the way cells function. The amount eaten affected activity in the mitochondria which produce energy creating a subsequent effect. This helps the cells accurately convert their genes into various proteins essential for proper function and creating new ones. This can fundamentally affect aging.

When the drugs were used they primarily acted to diffuse the cell’s metabolic response to a diet instead of changing them. But they found that the biochemical effects had specific interactions between the drugs and diet. One drug created more of an effect by a diet of fat and carbohydrates while another drug blocked effects when eating protein. The complex study found it important to study numerous different diets instead of comparing just a few.

Overall, what we eat can influence our health. This study shows how our cells operate can be impacted by diet relating to health and aging.

To view the original scientific study click below:
Nutritional reprogramming of mouse liver proteome is dampened by metformin, resveratrol, and rapamycin