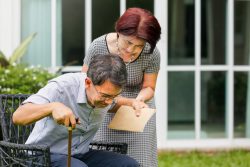 Researchers who have previously discovered a method that turns skin cells into primitive like muscle cells that can be left in a lab indefinitely without losing their potential to turn into mature muscle, have now discovered how this method works and also what molecular changes it prompts within cells.

MyoD gene expression that was added and exposed to 3 chemicals may cause skin cells to turn into primitive progenitors and maintained in a lab indefinitely. Later they can be coaxed into turning into mature muscle cells that can be used to treat muscle related diseases. Skin derived muscle progenitors are molecularly the same as muscle tissue stem cells. Muscle cells which are obtained by these progenitors tend to be more mature and stable than muscle cells that have been converted directly from skin cells.

The study by researchers at Massachusetts General Hosp. (MGH) could let clinicians generate muscle cells matched to patients to help treat a variety of muscle diseases and injuries such as muscle degeneration due to aging, muscular dystrophy and injuries to the muscles.

It is already known that the MyoD gene expresses muscle regulatory and can directly change skin cells into mature muscle cells. However, muscle cells that are mature do not self-renew and divide and cannot be propagated for purposes clinically. To tackle this shortcoming, the team developed a system a few years ago to to convert skin cells into self-renewing muscle stem like cells they coined induced iMPCs (induced myogenic progenitor cells). Their system utilizes MyoD combined with 3 chemicals they had previously identified as promoters of cell plasticity in other situations.

With the latest research the team uncovered the details as to how this combination converted skin cells into iMPCs. They discovered that while MyoD expression alone allows skin cells to become mature muscle cells, by adding the three chemicals caused the skin cells to acquire a more primitive stem cell like state. IMPCs are molecularly highly like muscle tissue stem cells and muscle stem cells from iMPCs are more mature and stable than muscle cells that have been produced with MyoD expression alone. Mechanically, they showed that MyoD and the three chemicals aid in removal of certain marks on DNA called DNA methylation. DNA methylation will typically maintain the identification of specialized cells and the team shows that its removal was key for acquiring an identity of a muscle stem cell.

The team’s findings may be applicable to a variety of other tissue types besides the muscles that have different regulatory genes. Through combining the expression of these genes with the three chemicals that were utilized in this particular study could help future research bring about different types of stem cells that closely bare resemblance to a variety of body tissues.

To view the original scientific study click below:
Dissecting dual roles of MyoD during lineage conversion to mature myocytes and myogenic stem cells