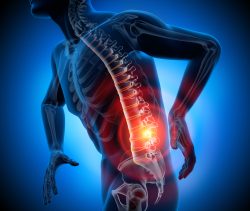 Injuries to the spinal cord are experienced by hundreds of thousands of people each year and many people experience significant and many times permanent loss of physical sensation and movement due to the resulting nerve damage.

Treatment options are unfortunately mostly non-existent other than intensive physical rehabilitation programs which in some cases can improve outcomes. Now, recent results after a phase 2 clinical trial, fresh hope is being offered for remedies.

Researchers from Yale University and Japan have reported that injections made intravenously of bone marrow derived stem cells into patients with spinal cord injuries resulted in significant improvement in the patient’s motor functions. The thought that function restoration following injury to the spinal cord and brain using a patient’s own stem cells has been intriguing to researchers for years. There is now some hint that it may be possible in humans.

The experimental collaboration by the scientists from the US and Japan, included 13 patients who had spinal cord injuries and all experienced a range of functional improvements with their condition following treatment with an intravenous infusion of their very own stem cells which were derived from their own bone marrow.

The stem cells used are known as mesenchymal stem cells or MSCs. These are multi-potent adult stem cells which have the ability to differentiate into cell type varieties which enables them to repair cartilage, bone, fat tissue and muscle.

The patients involved in the research had experienced non-penetrating injuries to their spine. In most cases this was due to minor trauma or falls several weeks before receiving stem cells implants. The symptoms included loss of coordination and motor function, in addition to bladder and bowel dysfunction. The stem cells use were from the patient’s bone marrow and through a culture protocol which had taken a few weeks in a specialized processing center for stem cells.

For over half of patients with non-penetrating injuries to the spine, significant improvements in some of their key functions such as the ability to walk and/or use their hands, was noted within weeks of the stem cell injections. Of the patients treated and all of whom sustained injuries to their spine during serious physical accidents, all except one showed improvements in key motor or sensory functions by six months following the infusion. And no significant side effects were noted.

Intravenously infused MSCs might not only affect the site of injury, but other parts of the central nervous system including blood and brain vessels. It is unclear whether than can explain some of the results that were seen, but certainly outcomes are notable.

The team do emphasize that further research is needed in order to confirm the findings of this early, unblinded trial which they say could take years. However, they remain optimistic given the challenges. Results that have been similar with stem cells in people who have experienced stroke does increase their confidence that their approach could be clinically useful.