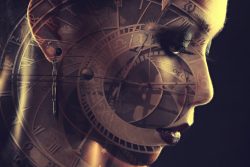 A person knows their chronological age. But knowing your biological age can prove to differ from it significantly. All people age at different speeds. To find out a person’s biological age researchers at the Univ. of Cologne have developed a method by using an ‘aging clock’. It can read an organisms biological age by its gene expression, the transcriptome.

Currently, biological age of an organism, like Horvath’s epigenetic clock, is determined by the pattern of methylations. These small chemical groups attach to DNA, thus changing with age. The new clock uses the transcriptome to consider the genes that are read from DNA to make cell proteins.

In the past, transcriptome was determined to be too complex to reveal age. Transcribing genes would result in sometimes a large amount of mRNA and sometimes a small amount. Therefore, making it impossible to develop precise aging clocks. The new approach is a mathematical trick to ignore gene activity differences. The new aging clock uses binarized transcriptome to divide genes into 2 groups, either on or off. This reduces immense variation and makes aging predictable. By making this simple procedure the accuracy of biological age is close to the theoretical limit of accuracy. This can even occur with higher ages, which, in the past has been hard to measure because of high gene activity

Researchers can accurately predict with the new clock pro- and anti-aging variances of genes and use different factors influencing the nematode in a young person. They also discovered the clock revealed that genes signalling in neurons and of the immune response are important to the aging process.

To be able to measure a person’s biological age can be important in determining the environmental influence, a person’s diet and any therapies used, on the aging process in relation to age-related diseases. Therefore, this new clock has an extensive application in aging research.

To view the original scientific study click below:
BiT age: A transcriptome?based aging clock near the theoretical limit of accuracy