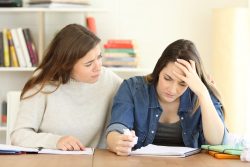 A recent study has shown that people with a high degree of body fat are at risk for a reduction in their cognitive function. Even when vascular brain injuries or cardiovascular risks were taken into consideration, the link associated with body fat and cognitive scores being lower remained the same. This has suggested that not yet confirmed pathways link cognitive function reduction and excess body fat.

There were 9,166 people that participated in the study. The participants were between the ages of 30 and 75 with the average age being 58. A little over 56% were women and they all lived in Poland or Canada. They were mostly of white European descent and around 17% were other ethnicities. Anyone with known cardiovascular disease were excluded.

To access their total body fat they were measured by bioelectrical impedance analysis. 6,733 participants had an MRI to measure visceral fat which was packed around organs. It also assessed vascular body injury in the brain affected by a reduction in blood flow.

The results have suggested that strategies to reduce or prevent a person with too much fat in their body may preserve their cognitive function.

The effects of an increase in body fat continued even after the team adjusted for increasing cardiovascular risks such as high blood pressure, diabetes and vascular brain injury. This should encite scientists to investigate other pathways that could link excess fat to a reduction in cognitive function.

The team says that preserving cognitive function is one of the greatest ways to help the prevention of dementia in older age. The study suggests that one way to do this would be physical activity and good nutrition to help maintain a healthy body fat and weight percentage.

To view the original scientific study click below:
Evaluation of Adiposity and Cognitive Function in Adults