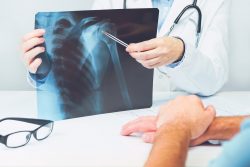 With over 350 million people worldwide suffering from progressive degeneration of cartilage and injuries, it’s no surprise that meaningful relief has been arduously sought after. Thankfully, new hope has arisen in the form of recent research conducted by faculty at The Forsyth Institute with the potential to revolutionize treatments for current and future cases alike. By leveraging dynamic cell reprogramming techniques within regenerative medicine practices, this study offers an encouraging approach to generating functionally-sound cartilage cells. This has the potential of bringing us closer than ever before to resolving these debilitating conditions.

With degenerative joint diseases costing the US public health system more than a staggering $303 billion annually, research is underway to uncover ways to regenerate cartilage. The team wanted to explore how cellular manipulation could increase regeneration capacity in somatic cells and lead them down an alternate path towards becoming articular cartilage rather than bone material.

Wnt signaling was long believed to be the primary driver of bone or cartilage formation. Recent research has revealed that its master factor B-catenin serves as an arbiter of cartilage or bone development in response to changes made at the molecular level. Disruption of this protein results in widespread shifts from osteogenesis (formation of bones) to chondrogenesis (formation of cartilaginous tissue).

B-catenin is known for being a key player in Wnt signaling, however its role as an adhesion molecule has given us insight into how it plays a vital role in cell fate designation. Uncovering the exact process of reprogramming cells to become cartilage without relying on Wnts was something they were eager to find out more about. This pathway can now be further investigated thanks to B-catenin’s involvement with cellular interactions,.

After testing various levels of B-catenin impairment, the team discovered that blocking Wnt signaling inhibits bone formation while again proving insufficient for cartilage generation. These conclusions confirm how integral this particular process is to skeletal development and serve as a strong reminder why it remains one of biology’s most essential pathways.

Fascinatingly, researchers uncovered GATA3 as a second significant finding in the skeletal cell fat-switching process. This single regulator of genes comprises an impressive capability. It can potentially turn any somatic cells into cartilage forming ones akin to inducing pluripotent stem cells with the use of four factors from embryonic stem cells. In essence, this breakthrough could be seen as a game changer for regenerative medicine.

With this ground-breaking ability to manipulate cell fate, we have a new potential for creating treatments that encourage regrowth of cartilage and repair damaged joints. This could provide hope for the millions of people living with degenerative joint disorders. Currently, there is no cure or effective treatment available beyond pain management and lifestyle changes.

This new research opens up new paths for researchers to explore and is an exciting breakthrough in regeneration of tissue research with the hope for meaningful relief for thousands of people.