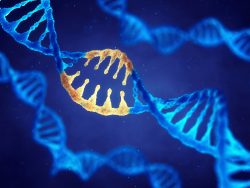 A team has investigated genes that could be linked to lifespan and has found specific characteristics of certain genes. They have discovered that there are 2 regulatory systems that control gene expression. They are the pluripotency and circardian networks and are crucial to longevity. This information has important implications in the understanding of the evolution of longevity and also in offering new objectives to combat diseases that are age related.

Mammals age at significantly different rates naturally. One of these is the naked mole rat. The mole rat can live up to 41 years, which is nearly ten times longer than similar sized rodents, such as a mouse.

So what is the reason for the longer lifespan? The new research has discovered an important piece to the answer – it could be in the mechanisms that control expression of genes.

The team compared the expression of gene combinations of 26 species of mammals with different maximum lifespans. A shrew was 2 years and the naked mole rate at 41 years. They revealed genes, by the thousands, that were involved to a species’s maximum lifespan were either negatively or positively related to longevity.

They discovered that the species that were long lived usually have gene expression that was low in metabolism of energy and inflammation. The high expression of genes contributed to the repair of RNA transport, repair of DNA, and cellular skeleton organization. Earlier research had shown that attributes such as more effective repair of DNA and a less weak inflammatory response are attributes of mammals that have a long lifespan.

When the team analyzed the systems that control expression of these genes, they discovered two major systems that play a role. The negative life span gene, which are involved in inflammation and energy metabolism, are regulated by circadian networks. Their expression is confined to a specific time of day which could help control the overall gene expression in the species that were long lived. This means, some exercise can be controlled over the negative lifespan genes.

To live a longer life, we need to curb exposure to light in the evening and have healthy sleep habits, therefore inhibiting the expression of lifespan genes that can be negative.

Positive lifespan genes that are involved in RNA transport, repair of DNA and skeleton organization, are controlled by what is known as the pluripotency network. It involves reprogramming somatic cells. These are any cells that do not reproduce into embryonic cells which can more easily regenerate and rejuvenate by repackaging DNA that has become disorganized through the aging process.

They team found that the pluripotency network evolution is activated to attain longer lifespan.