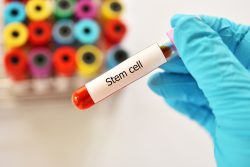 New research from the Univ. of Virginia could assist scientists in understanding how specific genes affect the bodies development. It could show how they play in diseases that are developmental and could possibly help develop new therapies.

A team was able to alter a stem cells course which made them change from turning into heart cells into brain cells just by disengaging one gene.

Previously, it has been understood that the path a cell takes upon changing into a nerve cell or a heart cell is quite rigid. But now the study shows that the process is actually quite fluid.

The method used was CRISPR genome editing to disconnect the Brm gene in the stem cells of mice that were in the process of canalization into heart cells. The result was that the cells of the mice were missing a particular protein known as Brahma. This challenged basic ideas in regards to the stem cells progression to body cells that are mature and it noted that stem cells can be looked at as a blank slate. This is the first to analyze the impact Brahma’s has on cardiac differentiation.

The scientist who made the computer model used in the study, noted the approach was unconventional. Through using the computational models, they got a better perceptive of the Brahma mechanism that can encourage changes in the fate of the cell or the process of differentiation.

There is more to be studied including what happens afterwards and what is the means that these cells turn into highly mature contractile cells? The team believes that there is a significant challenge in this field as to which implications are therapeutic. There is the need to have the ability to develop cells that are mature for transplantation into humans or to develop new drugs.