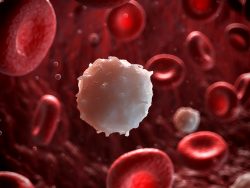 A research team at University of California San Francisco, has discovered how to genetically reprogram human cells without the use of viruses to insert DNA. The breakthrough technique has far reaching significance in medicine, research and industry. Using CRISPR gene editing technology in a versatile, rapid and economical approach, the team believes the technique will be adopted in the field of cell therapy which could accelerate the development of new and safer treatments for a variety of diseases.

The new method is a robust molecular “cut and paste” technique which was used to rewrite genome sequences in T cells. The technique relies on electroporation which is a process where an electrical field is applied to cells which makes their membranes temporarily more permeable. The UCSF team discovered that when certain quantities of T cells, DNA and CRISPR scissors were combined and then exposed to an appropriate electrical field, the T cells will absorb these elements and then integrate specific genetic sequences very precisely at the site of a CRISPR programmed cut in the genome.

The method is a rapid and flexible technique that can be used to enhance, reprogram and alter T cells which can be given specificity to a variety of diseases to tamp down excessive immune response. Just as important as the new technique’s ease of use and speed, the approach has made it possible to insert substantial stretches of DNA into T cells which will endow the cells with powerful new properties. Previously, some success had been achieved using electroporation and CRISPR to insert bits of genetic material into T cells, however not until the new research were they able to place long sequences of DNA into T cells without causing the cells to die leading them to believe DNA sequences were excessively toxic to T cells.

Through trial and error, the researchers determined the ratios of DNA quantity, T cell population and CRISPR abundance that when combined with an electrical field and delivered with proper parameters, the result was an accurate and efficient editing of the T cells genomes. To validate their findings, they directed CRISPR to label a variety of different T cell proteins with GFP (green fluorescent protein) and the outcome was very specific with very low levels of off target effects. T cells for this experiment were from three siblings with a rare and severe autoimmune disease. These children carry mutations in a gene called IL2RA.

To further serve as proof of principle of the new technique’s therapeutic promise, the team showed how it could possibly be used to marshall T cells against disease. Using a non viral CRISPR technique, the UCSF team were able to quickly repair the IL2RA defect in the children’s T cells and restore cellular signals that had been impaired by the mutations. Referred to as CAR-T therapy, T cells that have been removed from the body are engineered to improve their disease fighting abilities and then returned to the body.

In another set of experiments, the scientists were able to completely replace native T cell receptors in a population of normal human T cells with new receptors that had been engineered to find diseased cells. T cell receptors are cell sensors that detect disease or infection. In lab dishes the engineered cells were able to efficiently hone in on targeted disease cells while ignoring other cells which shows the sort of specificity that is a major goal in precision disease medicine. With the new technique, they are able to cut and paste into a specified place rewriting a specific page in the genome sequence.

The new technique has made is possible to create viable custom T cell lines in just over a week. Ideas for earlier experiments were deemed too expensive or difficult due to obstacles presented by viral vectors. Because they can create CRISPR templates very quickly, as soon as a template is created they can get it into T cells and grow them very rapidly which makes a variety of experiments now ripe for investigation.