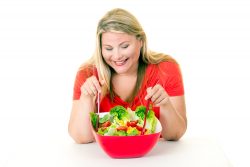 For promoting healthy weight loss, a recent study has shown that a diet that is low-fat vegan just might be more effective than the mediterranean diet. If the studies results are accurate, people who are desiring to lose weight and in addition are wanting to improve their overall health, they can now practice a more eco-friendly and effective diet option.

A lot of people advocate for the mediterranean diet since it involves consuming plenty of vegetables, fruits, olive oil and legumes and limiting consumption of red meat and saturated fats. There is new evidence that following a vegan type diet which avoids all animal based foods can offer similar benefits.

A 2020 review has shown that a vegan diet is associated with a minimum of 11 significant health benefits including risk of diabetes, obesity, heart disease and cancer.

For the current study, the team set out to compare the benefits of the Mediterranean diet and a vegan diet. Earlier studies suggested that both diets improve cardiometabolic risk factors and body weight. The team decided to test both diets and discovered that the vegan diet was more effective for boosting weight loss and improving markers of health.

The team’s findings might be great news for people who are wanting to maintain or reach a moderate weight and also improve a variety of health metrics and reduce their risk of cardiovascular disease. In the current study 62 adult participants who were overweight consumed either a mediterranean diet or a low-fat vegan diet for 16 weeks. They were told they did not need to limit their calories or make any medication or exercise changes.

The adults who followed the mediterranean diet following the PREDIMED Study protocol which involved eating mostly fruits, vegetables, extra virgin olive oil, legumes, fish and low-fat dairy while limiting their saturated fat and red meat intake. The adults who followed the low-fat vegan diet were told to avoid all animal based foods and limit their intake of foods that are fatty.

The team reports that in the 16 week periods, the low-fat vegan diet regularly showed:

Reduction in insulin resistance and an increase in insulin sensitivity whereas the mediterranean diet showed no significant changes.

A larger loss of fat mass. Reductions in bad LDL cholesterol were 15.3 mg/dl and18.7 mg/dl in the total cholesterol levels whereas the mediterranean diet showed no significant changes.

The team did note that both of the diets resulted in lower blood pressures with the mediterranean diet reducing by about 6.0 mm/Hg and the Vegan diet reduced it by 3.2 mm/Hg.

The team believes that the vegan diet most likely led to weight loss because the diet will naturally lead to reduced calorie consumption. This diet also led to reductions in saturated and fat intake overall and an increase in fiber intake.

The mediterranean diet does allow for high fat foods including dairy products, vegetable and nut oils and fatty fish.

The study did have some limitations. The team could not control just how tightly the participants followed the diets. Additional studies will focus on how the low-fat vegan diets affect risk factors for cardiovascular diseases such as high blood pressure and unhealthy cholesterol over longer periods.