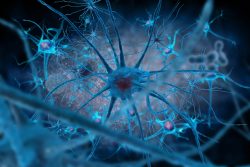 Throughout our lifetime, brain stem cells will generate new neurons. As we age and also in patients with Alzheimer’s disease, neural stem cells will lose their ability to produce and proliferate new neurons which can lead to declines in memory functions. A team of researchers at the Brain Research Institute of the University of Zurich, have found a mechanism that is linked to aging of stem cells and in addition how to reactivate the production of neurons.

Protein type structures found in the nuclei or neural stem cells insure that proteins which are harmful and accumulate over time unevenly distribute onto two daughter cells when cells divide. This appears to be a vital job of the cell’s ability to multiply over a long period so as to maintain the store of neurons. As we age, the amounts of the nucleic proteins will change which results in a defective distribution of the harmful protein between the daughter cells resulting in a decrease of numbers of the newly generated neurons found in the brains of older aged mice.

The main element with this process is a nuclear protein known as lamin B1. The levels of this protein decrease as we age. When the research team increased the levels of lamin B1 during experiments with aging mice, division of stem cells improved and the numbers of new neurons increased.

As we age, stem cells throughout the entire body will slowly low their ability to multiply. By using cutting edge microscopic technology and genetic engineering, the team identified a mechanism this is linked to this process.

This research is one part of a variety of ongoing projects which are aimed at reactivating stem cells that have aged. Regenerating damaged tissue typically declines with the aging process which affects just about all stem cell types in the body. Although the current study was limited to stem cells in the brain, mechanisms which are similar have a good chance at playing a significant role in the process of aging of other stem cells.

These findings are a major step forward in exploring age dependent changes with stem cell behavior. Knowing that aging stem cells in the brain can be reactivated gives hope that these discoveries will help increase the levels of neurogenesis in aging people and also those who suffer from a variety of degenerative diseases.