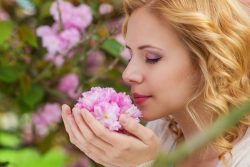 Researchers at the Karolinska Institute in Sweden have discovered that when we breathe through our nose rather than our mouth we are able to consolidate memories better. How breathing affects the brain has become a popular field of study in recent years and with new methodologies, more studies have been enabled.

The recent study in Sweden shows that people remember better when they breathe through their nose while the memory is being consolidated which is the process that happens between learning something and then memory retrieval. This is the first study that demonstrated this. The reason this phenomenon had not been studied earlier is that the common laboratory animals such as mice and rats do not breathe naturally through their mouths.

Memories go through 3 stages in their development. Encoding occurs first, then consolidation and finally retrieval. By breathing through the nose rather than the mouth during consolidation this enhances recognition memory. Nasal respiration is very important during the critical period where memories are activated and then strengthened. And it also suggests that the neural mechanisms which are responsible may emerge through nasal respiration.

For the study the team had the 24 Swedish participants learn twelve different smells occurring on two different occasions. Six fragrances were familiar such as strawberry and six were unfamiliar smells like pungent alcoholic scent 1 butanol.

Previous research has indicated that receptors in the olfactory bulb detect not just smells but also variations in the airflow. Different parts of the brain will be activated in different phases of exhalation and inhalation. How the synchronization of brain activity and breathing happens and how that affects the brain and, subsequently our behavior, is unknown.

Smells are first processed by the olfactory bulb in mammals. This starts inside the nose and runs along the bottom of the brain. This has a direct connection to two areas of the brain that are strongly involved in memory…the hippocampus. Hippocampal rhythms are involved in the transfer of information between sensory and memory networks. With humans, bypassing nasal airflow by breathing through the mouth abolishes the rhythms and affects encoding as well as the recognition processes which reduces memory performance.

The concept that breathing affects our behavior is not new. The evidence has been around for thousands of years in areas such as meditation. However, no one has been able to scientifically prove what actually does go on in the brain. Researchers have tools now that can help reveal new clinical knowledge.

The next step for the team is to measure what really happens in the brain while breathing and how it is linked to memory. Previously it was not practical to measure this, however now the team has developed a new method of measuring activity in the brain and olfactory bulb that is non-invasive.