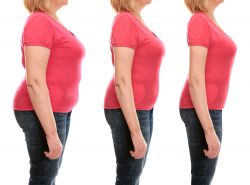 Scientists are beginning to understand the very extraordinary and complex biological pathway that connects fat to aging and overall health in humans. A team consisting of biologists from McMaster University are studying worms called C. elegans or nematodes. They have discovered the very delicate balance of too little fat or too much fat and the regulation of lipid production are crucial to healthy living.

Over the past several decades researchers have produced a large body of work that has led to the identification of regulatory networks and genes that affect health span and longevity. Many of the factors appears to be linked to lipids which are important molecules that participate in energy metabolism, cellular signaling and structural compartmentalization.

The role of lipids in aging has been previously poorly understood. New data FROM the recent study of the C. elegans organisms points to the role lipid composition plays in aging due to the fact that several pathways which influence aging also regulate lipid enzymes. Additionally, some of these enzymes may play key roles in pathways that affect the aging process.

The findings from the recent study have been published in PLOS One and indicate a fundamental process of lipid regulation that occurs in the WNT signaling pathway (a group of signal transduction pathways which start with proteins that pass signals into cells through cell surface receptors). This pathway is a heavily studied genetic thoroughfare that when mutated has been directly linked to a variety of cancers.

Nematodes are an ideal model of the human systems. They will reach maturity in less than 72 hours and live no more than three weeks total. This allows scientists to very quickly realize results of experimental manipulations.

The researchers are able to see an entire life history in a relatively short time. They can then ask questions in regards to how genes are functioning in this system and what changes occur as the nematodes are growing and maturing. Bhagwati Gupta who is a professor of biology at McMasters and part of the research team, has been studying nematodes for close to 15 years.

The researchers were initially quite intrigued and puzzled when they found nematodes carrying a defective WNT pathway gene showed low lipid levels and died earlier. However, after additional experiments where the worms were fed a high fat component of olive oil which is called oleic acid, the lipid levels in these worms recovered and lived longer.

The results show a novel genetic control of lipid maintenance and the possible connection to lifespan. The researchers are working to understand how this newly discovered genetic mechanism connects lipids to aging.

The team believes the implications could be significant. For instance, the pathway might be manipulated by drugs to restore the fat levels. Or perhaps targeted for improved treatments of lipid related conditions that come with aging and a variety of diseases.

The aging process is complex with things starting to go wrong in a variety of directions. With aging we are more vulnerable to disease, muscles begin to degenerate, genes begin to function poorly, physiology changes occur, metabolic rate decreases, fat accumulation and distribution become abnormal and we beginning eating less.

Because there are such a variety of ways organisms age, researchers want to know how to identify critical processes and factors inside our cells and how they might be manipulated to help us live healthier and longer.

It has been close to 30 years since the single gene mutations were first discovered to affect aging in the nematodes. They have now become a powerhouse for additional studies on the mechanisms that affect healthy aging and longevity. A variety of labs are identifying an increasing number of molecules, genes and regulatory networks which affect aging.