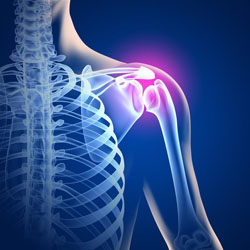 New treatments for osteoporosis or broken bones are on the horizon after scientists discovered they can grow new bone simply by vibrating stem cells.

Currently the only option for patients who suffer complicated breaks is to undergo painful surgery where doctors remove bone from a healthy part of their body and transplant it in the damaged site.

But now Scottish scientists have discovered that stem cells can be coaxed into turning into bone cells ? known as osteoblasts ? using low frequency vibrations in the lab, a technique dubbed ?nanokicking.?

Stem cells are thought to be the future of medicine because they can become any cell in the body depending on their environment.

Researchers at the University of West Scotland and the University of Glasgow believe that the 1000Hz frequency mimics conditions experienced by natural bone in the body and induces stem cells to turn into bone in around 28 days, which can then be implanted.

The scientists also hope the same frequency could be used to encourage healing from within the body without the need for a transplant.

?Our bodies are continuously experiencing mechanical stimuli, such as from our walking steps and our heart beat,? said Professor Stuart Reid of the University of West Scotland.

?We know that natural bone has some interesting mechanoelectrical properties, the piezoelectric effect – converting mechanical stress to electricity, which are optimal close to 1000Hz.

?It is also well known that bone can only remain healthy when it is actively being loaded, hence why astronauts lose bone mass when in space. So we believe that we are mimicking something that the cells experience in our bodies, however the exact details are still being untangled.?

Bone is the second most commonly transplanted tissue in the world, behind blood transplants, and is used in many common procedures.

The UK?s aging population means demand is increasing due to conditions such as osteoporosis and hip fractures.

Using a patient?s own stem cells to build new bone would mean there was no risk of rejection. The stem cells could be retrieved from a patient?s bone marrow or even from fat cells from liposuction.

The stem cells are ?jiggled? in petri dishes on a specially built vibrating platform called a bioreactor which uses the same technology that astrophysicists use to hunt for gravitational waves ? the distortions in space time which occur when black holes collide.

Professor Matt Dalby, of the University of Glasgow said: ?The bioreactor we have designed brings together fields of research from different ends of the spectrum: stem cell research on the building blocks of our bodies, to technology used to detect the ripples in space and time caused by the collisions of massive objects.

?It?s amazing that technology developed to look for gravitational waves has a down-to-earth application in revolutionizing bone treatments for cleaner, safer and more effective therapy.?

Prof Reid, added: ?The scale of movement that triggers the cells to transform is so small it would be the same as ?sliding a single sheet of paper in and out from under a football on a table?.?

The team aims to test their lab-grown bone in people within 3 years and that therapy could be available in 10 years.

Further down the line they hope it will be possible to stimulate stem cells directly to heal fractures without surgery.