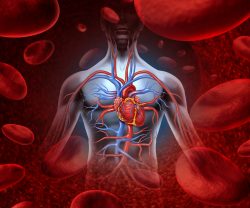 A new study is trying to understand early heart disease and development in relation to the mechanisms that determine cell fate. PSCs, or human pluripotent stem cells can conceivably produce a tissue the human body needs for repair. But developing technology for this to happen for a specialized cell, for example a beating heart muscle cell, has required intricate knowledge of developmental pathways and regulatory factors.

Although there has been important technological advances, types of cells that are obtained from human PSCs are still functionally immature. For example, in a human beating heart muscle cell (cardiomyocyte), the applications are limited in disease modeling and regenerative medicine. The cells that are generated don’t fully portray those that are found in the adult heart but are instead more similar to a fetal heart that is 20-weeks old.

The team utilized mouse embryo and cardiomyocytes to look into mechanisms that determine the fate of cells by modulating the peroxisome proliferator activated receptor (PPAR) signaling pathway. It plays a vital role in the development of cardiomyocytes to repeat in culture, and the cell in the womb to maturate and to progress to its specialization.

The specificity of PPARdelta, however, not PPARalha to show such an efficient effect on cardiac maturation was unexpected. The new strategy for maturation provided an easy and robust way to generate in culture mature heart cells. These can be used for a variety of applications such as disease modeling, drug screening or therapy for cell replacement in failing hearts.

The researchers were able to identify how the protein PPARdelta played a role by inducing a metabolic receptor from glycolysis to fatty acid oxidation in a heart muscle that was lab generated. This is a vital step in the controls and maturation no matter if these cells produce energy from fatty acids or glucose.

They showed that the signaling of PPARdelta plays an important role. It has the ability to turn on gene regulatory networks which increase the organization and number of mitochondria and peroxisomes, fatty acid oxidation, myofibril lay out, the contractility and the size of heart muscle cells.

To purify hPSC-CMs they are exposed to lactate and this treatment will trigger an independent molecular reaction for maturation of heart cells. In the study, the team exhibited lactate treatment along with activation of PPARdelta that increased further oxidative metabolism which allows energy generation from both fatty acids and carbohydrates.

The team developed a publicly and comprehensive accessible gene expression dataset of transcriptomic changes in hPSC-CMs which might be valuable to scientists studying PPAR lactate selection, PPAR signaling, or screening targets for drug or research testing.

The team is interested in analyzing disorders of fatty acid oxidation. This will depend on having CMs that primarily utilize fatty acid oxidation as a source of energy. They will investigate using the mature hPSC-CMs in transplants following an infarct.

The work will expand opportunities to further research biology of the human heart through multi-disciplinary avenues that incorporate transcriptomics, developmental biology, drug testing, and contractile measurements. They are headed to understanding how to use their knowledge of human development in order to improve access to human cell types that are mature.