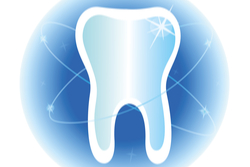 A new study by scientists at Kyoto University and the Univ. of Fukui may soon offer some hope for people that have lost teeth. They have found that an antibody for one gene, the uterine sensitization associated gene-1 or USAG-1 can stimulate new tooth growth. This was established with mice that were suffering from tooth agenesis, which is a congenital condition.

An adult person has 32 teeth but around one percent of the population has either more or less due to congenital conditions. Both of these occurrences have been explored by scientists for the genetic causes. They have already identified the fundamental molecules that are responsible for tooth development.

Several molecules interact with the morphogenesis of teeth including BMP (bone morphogenetic protein) and Wnt signaling. Tooth development involves BMP and Wnt plus much more. The growth of organs and tissues are modulated during the early development of a human body. Thus, drugs that directly affect this activity are avoided, inhibiting side effects. Therefore, the team used the gene USAG-1, which could be safer and would not antagonize BMP and Wnt in tooth development.

They already knew that the suppression of USAG-1 can benefit tooth growth. But they had no idea if this alone would be enough. So they investigated using monoclonal antibodies for USAG-1. These are routinely used to treat arthritis, cancers and vaccine development.

But they soon found out that BMP and Wnt interact with USAG-1, leading to poor survival and birth rates of mice. Therefore, BMP and Wnt is important to the growth of the whole body. But one antibody disrupted the interaction with USAG-1 with only BMP. BMP signaling is dependent on determining the amount of teeth in the mice.

This was the first study to show that monoclonal antibodies for tooth regeneration can provide a therapeutic plan that currently is only being resolved with tooth implants and other measures that are artificial. Tooth regeneration cannot use conventional tissue engerineering so this study shows that cell-free molecular therapy can be and effective tood for congenital tooth agenesis.