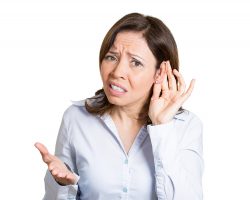 Research from a clinical trial which was the largest of its kind, has shown that by combining electrical stimulation of the tongue and sound, tinnitus or “ringing in the ear” can be significantly reduced. The research also indicated that therapeutic effects could be sustained for even up to 12 months following treatment.

The research was conducted by a team of the University of Minnesota, St. James Hospital, Trinity College, University of Nottingham and University of Regensberg and an Irish medical device company.

The team’s findings can potentially provide help to millions of people around the globe. Tinnitus affects 10% to 15% of the world’s population.

The study was the longest and largest follow-up clinical trial that has ever occurred in the field of tinnitus which included a medical device with 326 enrolled participants, with providing evidence in regards to the efficacy, safety and patient tolerability of bimodal neuromodulation for treating tinnitus. Close to 86% of participants who were compliant showed improvement in symptom severity when evaluated following the 12 week period of treatment. Many additionally reported sustained benefit 12 months following treatment.

The study followed post-treatment effects of therapy for 12 months. This was the first for the field of tinnitus for evaluating outcomes long-term of an approach with a medical device.

The treatment device that was utilized in the study was developed by Neuromed Devices. It consists of Bluetooth (wireless) headphones that will deliver sequences of audio tones that are layered with wide-band noise to both ears and combines with electrical stimulation pulses that are delivered to 32 electrodes which are on the tip of the tongue. The intensity, timing and delivery of the stimuli are managed by a hand help controller that is easy for participants to use. Before beginning treatments for the first time, this device is configured to the participant’s hearing profile and then optimized to each participant’s level of sensitivity to tongue stimulation.

For the study period, the participants were given instructions to use the device for a 60 minute period each day for 12 weeks. 83.7% of the participants used their device at or even above the minimum compliance level which was 36 over the course of the 12 week study period. The primary endpoints showed that patients achieved a clinically significant and statistically reduction in the severity of their tinnitus symptoms.

Following treatment, the patients were instructed to return their device and then were assessed for up to 12 months that included three follow-up visits. A little over 66% of patients who did fill out the exit survey confirmed they did benefit from their use of the device. 77.8% reported that they would recommend the device treatment to other people suffering from tinnitus.