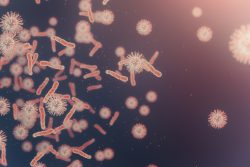 New research has introduced a new approach to reverse aspects of age related cognitive function and deterioration in the brain through the microbes in the gut.

As the population is aging, one of the main worldwide challenges is to develop new strategies to maintain the health of function of the brain. The new research has opened up possible therapeutic avenues in the form of microbial based interventions which will slow down aging of the brain and associated problems with cognition.

There is growing interest and appreciation of gut microbes in all areas of medicine and physiology. In the newest mouse study the researchers have shown that through transplanting microbes from young mice into older mice they can rejuvenate aspects of immune function and the brain.

Earlier research has shown that gut microbiome plays a significant role in the process of aging. The latest research is a possible game changer as the team has established that the gut microbiome can be harnessed to reverse brain deterioration due to aging. They also saw evidence of improved ability to learn and cognitive function. It is still early and more work is needed to transfer the findings to humans.

The team further demonstrates the significance of the microbiome in the gut in a variety of health aspects and especially across the gut/brain axis where functioning of the brain can be influenced in a positive manner. The study shows possibilities for the future in modulating gut microbiata as a therapeutic target to influencing health of the brain.