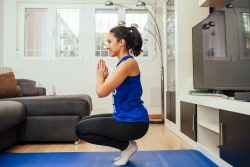 Research has shown that mild physical workouts can increase the link between parts of the brain that are responsible for storage and memory formation. Yoga or Tai Chi helps people remember things such as where they put their keys.

The hippocampus is crucial for creating new memories. It is one of the initial areas of the brain that deteriorates with aging. Improvement of the hippocampus function reveals great promise for enhancing memory of every day functions.

The scientists discovered that the level of the heightened connectivity foretold the degree of recall improvement.

Previous research centered around the way exercise promotes the generation of new brain cells in the regions of memory. The recent study shows a more immediate impact through strengthened transmission between the brain’s memory focused parts.

The team does not discount the possibility that new cells are being made, but that process takes longer to achieve. What they discovered is that just a ten minute exercise period showed immediate results.

Even mild physical activity such as short walking breaks throughout a day have considerable effects on cognition and memory improvement. It is encouraging to see people tracking their steps.

The team is now extending this research to testing adults who may be at a higher risk of mental impairment due to aging. This is to show if light, regular or brief exercise conducted daily for several months or weeks will have a positive affect on the brain’s function and structure.

There is great value in understanding the benefits different types of exercise in the older population so recommendations can be made to prevent cognitive decline.