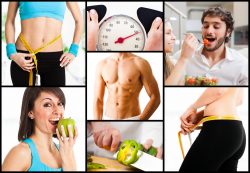 (TRE) or time restricted eating is a dietary system that works by restricting eating to a specific set of hours. Typically this involves eating during a period of 8 – 10 consecutive hours and then fasting for 14 – 16 hours each day. While TRE is often utilized to lose weight a recent study has shown that TRE confers a variety of additional health benefits. This study also illustrates that some of the benefits may be dependent on age or gender.

Most of the TRE studies have focused on weight loss in young male mice. The research team wanted to find out if TRE can confer added benefits on other populations. The findings indicate that while gender and age do affect outcomes of TRE, the TRE eating strategy can deliver a variety of benefits for both genders, old and young. It showed that TRE could be an important intervention to help with type 2 diabetes, fatty liver disease and possibly infectious diseases.

Intolerance to glucose is the initial step to non-alcoholic fatty liver disease. Also more than 40% of Americans are prediabetic or diabetic based on statistics from the American Diabetic Assoc. which forecasts 1.5 million new cases every year. The trend makes discovering an easy treatment option a significant priority for glucose intolerance.

The team decided to break from the conventional mice that are young males, by feeding a high sugar, high-fat diet to both female and male mice in two age groups that are age equivalent to 20 and 42 year old humans. They restricted eating to nine hours each day.

The researchers conducted tests to determine how gender and age affect the outcomes of TRE with a variety of health factors including glucose regulation, fatty liver disease, performance, endurance, muscle mass, and response to a life threatening infection known as sepsis. The team also took the step of matching the animals’ circadian clocks to conditions in the lab. Mice normally are active at night and sleep during the day. They often worked using night vision googles along with specialized lighting.

After analyzing the tissue of the mice on TRE the team discovered that no matter the gender, age, or weight loss profile, TRE very strongly protected the mice against fatty liver disease. This condition affects close to 100 million Americans and has no approved medication.

This study was the first time female mice were studied and the team wasn’t sure what they would discover. There were surprised to find that the females were not protected against weight gain however, the female mice still showed metabolic benefits including better controlled blood sugar and less fatty liver.

After sixteen hours of fasting, oral glucose tolerance tests were given to the mice and TRE was shown to be linked to less increase in blood glucose and also a quicker return to blood sugar levels that were normal both in the middle aged mice and the younger mice. Also there was a substantial improvement of glucose intolerance in both the middle aged and younger female mice. Middle aged male and female mice on TRE had the ability to bring back normal blood sugar levels much better than the controlled mice who had food available at all times. The findings indicate TRE may be a no cost or low cost and user friendly way to treat or prevent diabetes and supports the 2019 study on TRE for metabolic syndrome in people.

TRE also enabled the male mice to add and preserve muscle mass and improve their muscle performance. This effect did not hold up for the female mice. This discovery is especially important for the older population for whom improvement in muscle performance can assist in guarding against falls.

The researchers next want to determine if the increase in muscle mass for male mice on TRE shows improved muscle regeneration, repair and metabolism.

To view the original scientific study click below:
Sex- and age-dependent outcomes of 9-hour time-restricted feeding of a Western high-fat high-sucrose diet in C57BL/6J mice