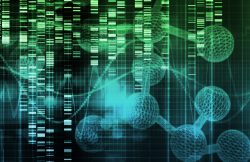 With opioid addiction in crises resulting in destroying peoples lives and also resulting in countless deaths, finding non-addictive treatments for pain is the goal of scientists around the world. Pain is real and in Australia alone where the new research has been conducted, it was estimated that the total cost of chronic pain was over $139 billion.

Nerve injury can develop into devastating neuropathic pain. For the vast majority of people, there are no effective therapies. The new breakthrough can mean for some patients, pain killing transplants from their own cells could be made. These cells can then reverse the underlying causes of pain.

A group of researchers from the University of Sydney have discovered what could become a non opioid management system for pain using human stem cells. The team used human stem cells to create pain killing neurons that provided lasting pain relief in mice and all without a single side effect and with just one treatment.

The team in Sydney used human induced pluripotent stem cells (iPSC) which were harvested from bone marrow to make pain killing cells in the lab. They then put these cells into the spinal cord of mice who suffered from serious neuropathic pain.

Remarkably these stem cell neurons in the mice promoted lasting pain relief without any side effects. This means that transplant therapy could be a long lasting and effective treatment for people suffering from neuropathic pain. Because the location of where pain killing neurons can be placed, only parts of the body that are in pain can be targeted. This means the approach can have fewer side effects.

The research team is conducting extensive safety tests in pigs and rodents and will then move to testing in humans who suffer from chronic pain. Human trials could begin in the next few years.