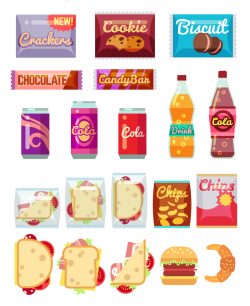 A new study shows that consuming even a modest amount of high fructose corn syrup on a daily basis accelerates the growth of tumors in the intestines of mouse models. And the findings are independent of obesity. Just 12 ounces of a sugar sweetened beverage daily feeds cancer cells, boosting their growth.

The study team also found the mechanism by which the consumption of sugar laden beverages can directly feed the growth of cancer which suggests the potential of novel therapeutic strategies. There have been more observational studies lately which have raised awareness of the link between consuming sugary beverages, colorectal cancer and obesity.

The thought has been that sugar is harmful mostly because consuming too much can lead to obesity. And obesity increases risks of many types of cancer. However, there has been uncertainty whether a casual and direct link exists between cancer and the consumption of sugar. This was the important question that led to the study conducted by researchers at Baylor College of Medicine and Weill Cornell Medicine.

The team generated a mouse model of early stage cancer of the colon where APC gene is deleted. The APC gene is a gatekeeper in colorectal cancer. Deleting APC is compared to removing the breaks on a car. Without this gene, normal intestinal cells will neither stop nor die which leads to the forming of early stage tumors known as polyps. It is estimated that more than 90% of patients with colorectal cancer have this type of APC mutation.

The team tested the effect consuming sugar sweetened water had on tumor development in the mouse model with the disease. The water contained 25% high fructose corn syrup which is the main sweetener in a variety of sugary drinks people consume. This sweetener consists of glucose and fructose with a 45:55 ratio.

When the team provided the sweetened beverage in a water bottle for the APC model mice to consume at their will, they rapidly gained weight in a months time. To keep the mice from being obese and mimicking a humans daily consumption of a single can of soda, they instead gave the mice a modest amount of the sweetened water orally with a special syringe once a day. When they controlled their consumption, after two months the mice did not become obese, however they did develop tumors that were of higher grade and larger than mice who were treated with regular water.

The study results indicate that when animals have early state of tumors in their intestines, consuming even modest amounts of high fructose corn syrup in the form of liquid can boost tumor progression and growth even independently of obesity.

Further research is needed to translate the discoveries to people, however the findings in the mouse model suggest that constant consumption of sugary beverages can shorten the time for cancer to develop. With humans, it typically takes 20 to 30 years for cancer of the colon to grow from early stage benign tumors to aggressive cancers.

The research team continued their study by investigating the mechanism through which this type of sweetener promoted tumor growth. They found that the APC model mice receiving the modest quantities of high fructose corn syrup had high amounts of fructose in their colons. Sugary beverages increased the levels of glucose and fructose in the colon and blood respectively. The tumors could then efficiently take up both fructose and glucose by different routes.

By using cutting edge technologies to trace the fate of fructose and glucose in tumor tissues, the research team showed that fructose was first chemically changed and the process enabled it to efficiently promote the production of fatty acids which then contribute to tumor growth.

The findings suggested the role of fructose in tumors is to enhance glucose’s role of directing synthesis of fatty acids. This abundance of fatty acids can potentially be used by the cancer cells to form cellular membranes and signaling molecules to influence or grow inflammation.

The team discovered that mice lacking either of these two genes did not develop large tumors unlike the APC model mice when fed the same small amounts of high fructose corn syrup.

The study showed results that colorectal cancers use high fructose corn syrup as fuel to increase rates of tumor growth. This is the major ingredient in most sugary sodas along with a variety of processed foods.

Fructose is not essential for the growth and survival of normal cells. This suggests that potential therapies targeting fructose metabolism may be worth exploring. And of course avoiding beverages and foods containing high fructose corn syrup as much as possible could significantly reduce the availability of sugar in the colon.