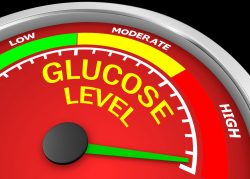 Doctors encourage people to engage in regular aerobic exercise which is important for achieving and maintaining better overall health. A new study has however, found out that some benefits of aerobic exercise might be influenced by higher than normal levels of blood sugar which is a condition known as hyperglycemia.

These diminished gains were seen in human and mouse models who had chronic hyperglycemia that’s in the pre-diabetes range. The study has also shown that this maladaptive trait is independent of insulin levels in the blood and obesity.

Clinical studies have shown that people with chronically high levels of blood sugar or diabetes struggle to improve the capacity of their aerobic exercise compared to people who have normal blood sugar levels. The idea behind the current study was to see if induced high blood sugar in mice impairs their ability to increase their aerobic fitness. The team also looked to uncover the reasons that might lead to low fitness levels those that have hyperglycemia.

The team used 2 mouse models that reflected the two major reasons for hyperglycemia in people. One mouse group ate a Western diet which is high in saturated fat and sugar which caused weight gain along with hyperglycemia. The second mouse group was changed to promote less insulin which led to some of the same increases in blood sugar as in Western diets even though these mice ate a diet lower in fat and sugar and additionally maintained a normal body weight. Both of the mice in the two groups were subjected to a training regimen where they ran on the wheels in cages in order to increase their aerobic fitness.

In both of the hyperglycemic groups, the mice ran about 500 kilometers during the course of the study. However, on average they did not improve their aerobic exercise capacity in relation to mice that had lower blood sugar levels. When the team looked at the skeletal muscle in these mice, they noted that the muscle was’nt changing to the aerobic challenge as muscle would normally.

Muscle tissue can remodel itself which can be reason why exercise can become easier when done regularly. Over time, aerobic exercise such as swimming or running can alter muscle fibers to become more efficient at utilizing oxygen during exercise. Additionally, we grow new blood vessels which allows more oxygen to be delivered to the muscles which also helps promote our aerobic fitness levels.

The team proposes that the high levels of blood sugar might prevent muscle remodeling in part through modifying the extracellular matrix proteins found in the space between the muscles where blood vessels are formed.

Earlier research has demonstrated that a biological pathway called the JNK siginaling pathway can act as a kind of molecular switch which tells muscle cells to adapt to either strength or aerobic training. The team discovered that these JNK pathway signals were getting crossed in the hyperglycemic mice by activating pathways that as associated with strength training even though the mice were engaged in aerobic exercise. The results showed that the muscles of hyperglycemic mice have bigger fibers and fewer blood vessels which is more typical of strength training.

The team then followed up their findings on mice with clinical tests with young adult participants. They found that the participants who had higher blood sugar levels in response to the ingestion of glucose, a condition known as glucose tolerance, showed the lowest aerobic exercise capacity. When they looked at how their muscles responded to a single bout of aerobic exercise, they saw that the participants with the lowest glucose tolerance had the highest activation of the JNK signaling pathway which will block aerobic adaptations.

There is good news. Although the mouse models of hyperglycemia failed to improve their aerobic fitness with training they still achieved other important health benefits including improved glucose metabolism and decreased fat mass. Regular aerobic exercise if still a major recommendation for maintaining health in people with or without hyperglycemia. People who have hyperglycemia can benefit from other forms of exercise such as strength training which is also recommended for the maintenance of health.

The study does suggest a variety of approaches that may help people with chronic hyperglycemia eventually overcome obstacles to building aerobic capacity. One method is to adopt a diet that has been designed to keep blood sugar levels low. We sometimes believe that exercise and diet are separate ways to improve health. However, the team’s work shows that there is more interaction between these lifestyle factors than what has previously been known.

Hyperglycaemia is associated with impaired muscle signalling and aerobic adaptation to exercise.