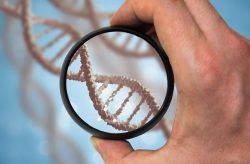 How do your genes affect aging? A recent study by researchers at the National Institutes of Health wanted to find out just how bacteria in health and disease controlled ageing. To do this, they fed antibiotics to fruit flies and then monitored their gene activity, including those that control ageing, throughout their life.

The newborn male flies were raised on antibiotics preventing bacteria growth. These results were surprising. The lives of the fruit flies were extended and many of the gene activity was changed. They found out that only about 30% of the genes may be involved in the ageing process. The other genes reflected the body’s response to bacteria. Traditional thinking was that a larger number of genes are involved in ageing.

They were amazed that the flies ended up living approximately six days longer. In humans, this would be comparable to an extra 20 years of life. They concluded that the rate from which the activity of the genes changing was slower than normal in the flies that were given the antibiotics. They found no clear trend for why this happened but, at various ages, the antibiotics did help the flies survive infection or starvation longer than normal.

A list of common genes that involve ageing have been developed by scientists in the last few decades. But now, learning that only about 30% are in fact thought to control ageing, they hope to determine just which genes are linked to the ageing process.

To view the original scientific studies click below:
Common features of aging fail to occur inDrosophilaraised without a bacterial microbiome