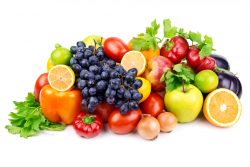 It has been discovered through a recent study that people who consume 6-00 milligrams or 0.02 ounces of flavonoids each day had approximately a 20% decreased risk of cognitive decline over those who only consumed 150 milligrams or 0.005 ounces each day.

Flavonoids are compounds in a variety of series that have strong antioxidant capabilities and are mostly found in vegetables and fruits.

The research was conducted over 25 years and had approximately 75,000 participants. At the start of the study the average age was 50 and the participants are now in their 80’s and 70s. Brain function begins to decline when we reach our 20’s and 30’s, However, it usually isn’t noticed until the age of 70. Consuming foods which are abundant in flavonoids could possible make this downward trend less steep.

Since the study was over decades, the results are considered more valid than previous studies that are over just a couple of years.

Cognitive decline is something that happens slowly so when studying it researchers can pick up even subtle changes over a long place in time.

The team says there isn’t a specified number of flavonoids a person should consume daily and they don’t need to be measured or counted. And consuming flaovnoids plays just a small role in possibly slowing down the cognitive decline. People also need to live with good health in mind which includes not smoking and physical activity on a regular basis.

The Mediterranean Diet is a diet that shows effective in preserving cognitive decline because many of the food in this diet have lots of flavonoids. Nutrition has a key role in cognitive decline and choices that are made today in regards to the foods we consume do have a large role in life for protecting our brain.

To view the original scientific study click below:
Long-term Dietary Flavonoid Intake and Subjective Cognitive Decline in US Men and Women