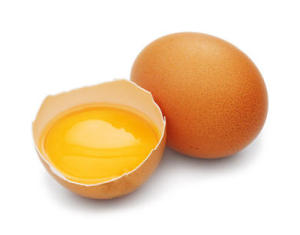 Surveying more than 1200 patients, Spence found regular consumption of egg yolks is about two-thirds as bad as smoking when it comes to increased build-up of carotid plaque, a risk factor for stroke and heart attack. The research is published online in the journal Atherosclerosis.

Atherosclerosis, also called coronary artery disease, is a disorder of the arteries where plaques, aggravated by cholesterol, form on the inner arterial wall. Plaque rupture is the usual cause of most heart attacks and many strokes.

We suspect that eggs yolks cause increased atherosclerosis because of the way the hens are fed not because there is anything inherently bad about eating the. It is likely a problem similar to the increase in atherosclerosis when people eat beef. The animals are fed large amounts of soy meal and grains which contain much more omega-6 fatty acids than the animals normally eat and close to zero omega-3 fatty acids. As a result the meat and egg yolks are high in arachidonic acid. When consumed by humans that is converted into series 2 prostaglandins which produces inflammation and as a result atherosclerosis and other degenerative diseases.

The study looked at data from 1,231 men and women, with a mean age of 61.5, who were patients attending vascular prevention clinics at London Health Sciences Centre’s University Hospital. Ultrasound was used to establish a measurement of total plaque area and questionnaires were filled out regarding their lifestyle and medications including pack-years of smoking (number of packs per day of cigarettes times the number of years), and the number of egg yolks consumed per week times the number of years consumed (egg yolk-years).

The researchers found carotid plaque area increased linearly with age after age 40, but increased exponentially with pack-years of smoking and egg yolk-years. In other words, compared to age, both tobacco smoking and egg yolk consumption accelerate atherosclerosis. The study also found those eating three or more yolks a week had significantly more plaque area than those who ate two or fewer yolks per week.

“The mantra ‘eggs can be part of a healthy diet for healthy people’ has confused the issue. It has been known for a long time that a high cholesterol intake increases the risk of cardiovascular events, and egg yolks have a very high cholesterol content. In diabetics, an egg a day increases coronary risk by two to five-fold,” said Spence, a professor of Neurology at Western’s Schulich School of Medicine & Dentistry and the director of its Stroke Prevention and Atherosclerosis Research Centre at the Robarts Research Institute.

“What we have shown is that with aging, plaque builds up gradually in the arteries of Canadians, and egg yolks make it build up faster — about two-thirds as much as smoking. In the long haul, egg yolks are not okay for most Canadians.”

Spence added the effect of egg yolk consumption over time on increasing the amount of plaque in the arteries was independent of sex, cholesterol, blood pressure, smoking, body mass index and diabetes. And while he says more research should be done to take in possible confounders such as exercise and waist circumference, he stresses that regular consumption of egg yolk should be avoided by persons at risk of cardiovascular disease.