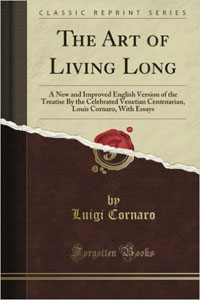 It has been known for decades that caloric restriction significantly increases lifespan and health span in animals. Limiting food intake of mice, worms, and flies starting from birth lengthens their lifespan by 30% or more. Even more significant is that maximum lifespan increases not just the average. Of course there is no ethical or practical way to decrease calorie intake of humans during an entire lifetime so a different approach was needed. Instead of measuring actual lifespan scientists looked at the rate of biological aging in a group of 145 calorie restricted volunteers over a period of two years.

The CALERIE study is the first study to gauge the effects of caloric restriction in human beings in a randomized setting. With population aging and the threat of an increase in disability and disease, the new field of ?geroscience? is responding to the challenge by studying and devising therapies known as ?geroprotective? therapies to assist in the extension of healthy life years.

The CALERIE study conducted by The National Institute of Aging, consisted of 220 individuals with 145 randomly restricted to a 12% caloric restriction over the 2 year course of the study, while the other 75 were allowed to maintain their existing caloric intake. Biological age for all participants was calculated according to their chronological age as well as taking into consideration biomarkers that gauge liver, kidney, metabolic system, immune system and cardiovascular functions. In addition, systolic blood pressure, cholesterol and hemoglobin levels were accounted for. At the beginning of the study the average chronological age was 38 years with an average biological age of 37 years.

It is well known that overeating can lead to a variety of health issues that can shorten life span. Studies have shown that caloric restriction with proper nutrition reduces reactive oxygen species in the body. By restricting calories, the levels of hormones and lipid metabolites are changed and energy metabolism is altered and all of these can help lower the risk for most degenerative diseases related to aging. It also appears that caloric restriction provides a benefit to the processes of autophagy which is the way in which cells remove damaged components and replace them with new replacement parts. Research has shown that over time some specific types of damaged cellular components can contribute to damage and age-related decline to the body?s machinery. Caloric restriction is believed to have a protective effect on cells which may help cells better use antioxidants to help avoid damage caused by free radicals.