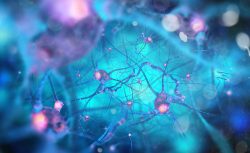 It has been the belief that mammals are born with an entire supply of neurons which have to last for a lifetime. New research has discovered a particular type of stem cell that makes neurons, which are the source of new cells in the brain’s hippocampus.

Neuroscientists have found at least two different regions of the brain that grow new neurons. They are the center for our sense of smell and the seat of learning and memory, the hippocampus.

The study conducted by researchers at the Perelman School of Medicine, University of Pennsylvania, have discovered in mice a type of stem cell that is the source of this recently discovered supply of new cells in the hippocampus. The findings could help neuroscientists discover how to better maintain youthful conditions for memory and learning, and also regenerate and repair of parts of the brain following injury and with aging.

They have shown for the first time in mammals that neurons in the part of the hippocampus called the dentate gyrus, grow and then develop from a single population of stem cells over a lifetime. These new immature neurons are much more flexible in making the connections in the hippocampus compared to more mature neurons. This is vitally important for healthy memory, learning and adjusting mood.

The team has shown that the neural stem cells they have found have a common molecular signature across the lifetime of the mice. They were able to do this by labeling neural stem cells in embryos while the brain was developing and then following these cells from birth to adulthood.

This approach revealed that these new neural stem cells with their precursor’s label were constantly creating new neurons throughout the animal’s lifespan. The process is unique to the brain. Within the hippocampus these cells never cease replicating and contributing to the brain’s flexibility in mammals.

This capacity is known as plasticity which is the ability of the brain to form new connections throughout a lifetime to compensate for disease and injury and to adjust in response to new input from the environment. The team compares this process of new neuron growth within the hippocampus to adding new units to the circuitry of the brain’s motherboard.

The research team’s next steps will be to look at the same neural stem cells in other types of mammals and most importantly in humans. They plan to start the search in post mortem brain tissue to investigate how the neural stem cells population are regulated.