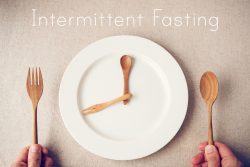 Scientists at the German Institute of Human Nutrition have found through research on mice that have been put on intermittent fasting, have exhibited lower pancreatic fat. Pancreatic fat has been shown to contribute to the development of type 2 Diabetes. This type of fasting is known to improve the sensitivity to the glucose lowering hormone insulin and can also protect against fatty liver.

Fatty liver has been previously investigated and is known as a frequently occurring disease. However, very little has been known in regards to excess weight induced accumulation of fat in the pancreas and its effects on the onset of type 2 diabetes.

The team has now discovered that mice who are overweight and prone to diabetes have a high accumulation of fat cells in their pancreas. Mice that are resistant to diabetes because of their genetic make up and despite their excessive weight, had hardly any fat cells in their pancreas. Instead they had fat deposits in their liver. Accumulations of fat outside the fat tissue in the muscles, liver and even bones, have a negative effect on those organs and the whole body. What impact fat cells might have within the pancreas has not been previously clear.

The research team divided the animals that were overweight and prone to diabetes into two groups. The first group of mice were allowed to eat as much they wanted and whenever they wanted. The second group of mice underwent a regime of intermittent fasting. One day they were given unlimited chow and the following day they were not fed at all.

After five weeks, the team noted differences in the pancreas of the mice. An accumulation of fat cells were found in the first group. In the second group however, there were hardly any deposits of fat in the pancreas.

To find out how fat cells could impair pancreas function, the team isolated adipocyte (a cell specialized for the storage of fat and found in connective tissue) precursor cells taken from the mice’ pancreas for the first time and then allowed them to differentiate into mature fat cells. If these mature fat cells were then cultivated together with the Langerhans islets of the pancreas, the islets beta cells increasingly secreted insulin. The team suspects that an increase secretion of insulin causes the Langerhans islets of animals prone to diabetes to deplete more quickly and cease functioning completely after time.

The islets of Langerhans are islet like accumulations of hormone producing cells within the pancreas. A healthy adult has approximately one million Langerhans islets. Beta cells produce the blood glucose lowering hormone known as insulin and they make up about 75 to 80% of the islet cells. When blood glucose levels are elevated, these beta cells secrete insulin into the blood steam to normalize levels.

The most current data suggests that not only should liver fat be reduced to help prevent the onset of type 2 diabetes, but under certain genetic conditions, an accumulation of fat in the pancreas might also play a decisive role in the development of this disease.

One of best forms of intermittent fasting is the 16 and 8 method. This method involves eating only within an eight hour window during a day then fasting for the other 16 hours. One meal which is typically breakfast is omitted.