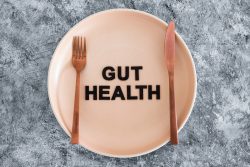 A recent study has found a link between microorganism composition that are in the gut and cognitive health. It adds to a growing wealth of research into the interactions between the brain and gut microbiome. Researchers are finding a variety of ways microorganisms in the gastrointestinal tract are diverse leading to studies over the past few years.

Recently U.S. researchers have analyzed data from a large cross sectional study and found a connection between cognition in middle aged adults and gut microbial composition. Participants were recruited from across the U.S. as part of the CARDIA Study (Coronary Artery Risk Development in Young Adults).

Other factors were accounted for that could influence either the microbiome composition or test scores in the analysis. The factors included education level, demographics, physical activity, smoking status, medications and diet. Data on comorbidities such as diabetes and hypertension was also collected.

607 of the 615 participants had stool samples that were suitable for DNA sequencing. Ten of the participants didn’t have complete data on the cognitive tests so analysis was used for 597 participants.

Participants were aged 48 to 60 with an average age of 55. 45.2% were Black, 44.7% were men and 44.8% were white. The analysis focused on three main areas – within-person diversity, between person diversity and the individual composition of microorganisms in the sample of stools.

Future work is essential using whole metagenomics sequencing called shotgun. This is a quick method of sequencing of DNA and gives more information in regards to the interactions and metabolic pathways that take place in the microbiome.

Data that is collected over multiple time points is also needed. This might confirm that gut microbial changes can occur before physiological changes.

There is also a need for longitudinal analysis that collects a lot of information on our health behaviors and social environment to see how these factors and the microbiome will influence health. It is possible that different behaviors and exposures could affect a person’s microbes in different ways and would be important for interventions in the future on a personal level.

The hope is that additional evidence could lead to opportunities to reduce cognition decline in later life. There is the potential to adjust the gut microbiota by altering targeted treatments and health behaviors.
But microbiota could eventually be utilized to identify biomarkers that are involved in risk of chronic diseases which will lead to cognition decline.

To view the original scientific study click below:
Association of the Gut Microbiota With Cognitive Function in Midlife