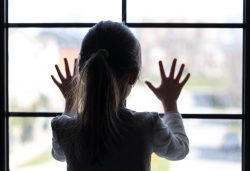 A research team at the Icahn School of Medicine at Mt. Sinai have identified certain sub-populations of brain cells located in the prefrontal cortex that are needed for normal sociability in adults and are also profoundly vulnerable to social isolation in juvenile mice. The prefrontal cortex in the brain is a key part of the brain that regulates social behavior. The study conducted on mice shows long lasting effects and also directs the way to potential treatments.

Loneliness and isolation are both recognized as serious threats to mental health. Young people are feeling an increasing sense of isolation even as the world becomes quite a bit more connected through digital platforms. The COVID-19 pandemic which has forced many countries around the world to implement school closures and social distancing, increases the need for better understanding of the mental health consequences of loneliness and social isolation.

Research has shown that being socially isolated during childhood is damaging to adult brain function and behaviors across mammalian species. However, the core neural circuit mechanisms are poorly understood.

The research team’s discovery sheds light on a previously unrecognized role of the sub-populations of brain cells in the prefrontal cortex. These cells are known as medial prefrontal cortex neurons projecting to the paraventricular thalamus which is the area of the brain that sends signals to specific components of the brain’s reward circuitry. If the team’s findings can be produced in humans, this could advance to treatments for psychiatric disorders that are associated with isolation.

The team also demonstrated that the vulnerable circuit they identified is a promising target for treatments for deficits in social behaviors. By stimulating the specific prefrontal circuit projecting to the thalamic area in adulthood, they were able to rescue sociability deficits caused by social isolation during the childhood.

The team discovered that in male mice 2 weeks of being socially isolated as soon as they are weaned could lead to a failure to create medial prefrontal cortex neurons eminated to the paraventricular thalamus for periods of social exposure in adults. They discovered that childhood isolation led to not only reduced excitability of the prefrontal neurons projecting to the paraventricular thalamus, but also increased inhibitory input from other related neurons. This suggests that a circuit mechanism underlies sociability deficits caused by childhood isolation.

In order to determine if acute restoration of the activity of the prefrontal projections to the paraventricular thalamus is sufficient to ameliorate sociability deficits in adult mice that had been put under juvenile social isolation, the researchers used a technique known as optogenetics to primarily stimulate the projections to the thalamus.

In addition, they used chemogenetics in the study which enabled them to stimulate particular neurons in freely moving animals through pulses of light. Chemogenetics allows non-invasive chemical control over populations of cells.

Since social behavior shortfalls are commonly a characteristic of a lot of neurodevelopmental and psychiatric disorders like schizophrenia and autism, identification of these certain prefrontal neurons will lead towards therapeutic targets for improving the social behavior shortfalls that are shared across a spectrum of psychiatric disorders. The circuits found in this study could possibly be modulated through techniques such as transcranial magnetic stimulation and/or transcranial direct current stimulation.