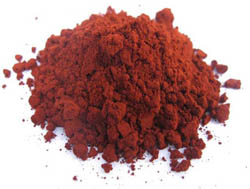 Life Code supplements are formulated to improve the quality of life and increase lifespan. An important study has just been released showing that one of the many ingredients (Astaxathin) in our nutraceutical supplement EpiMax upregulates the FOX03 longevity gene. We use a natural Astaxathin derived from algae which includes other lipid soluble anti-oxidants and synergistic co-factors.

The University of Hawaii John A. Burns School of Medicine (“JABSOM”) and Cardax, Inc., a Honolulu based life sciences company, jointly announced the results of the animal study evaluating the effectiveness of Astaxathin and demonstrating that it holds promise in anti-aging therapy.

“All of us have the FOXO3 gene, which protects against aging in humans,” said Dr. Bradley Willcox, MD, Professor and Director of Research at the Department of Geriatric Medicine, JABSOM, and Principal Investigator of the National Institutes of Health-funded Kuakini Hawaii Lifespan and Healthspan Studies. “But about one in three persons carry a version of the FOXO3 gene that is associated with longevity. By activating the FOXO3 gene common in all humans, we can make it act like the “longevity” version. Through this research, we have shown that Astaxanthin “activates” the FOXO3 gene,” said Willcox.

“This preliminary study was the first of its kind to test the potential of Astaxanthin to activate the FOXO3 gene in mammals,” said Dr. Richard Allsopp, PhD, Associate Professor, and researcher with the JABSOM Institute of Biogenesis Research.

In the study, mice were fed either normal food or food containing a low or high dose of the Astaxanthin compound CDX-085 which is a synthetically manufactured Astaxanthin. The animals that were fed the higher amount of the Astaxanthin compound experienced a significant increase in the activation of the FOXO3 gene in their heart tissue. Because only a limited amount of naturally produced Astaxathin is available a synthetic version has the advantage that unlimited quantities can be manufactured.

“We found a nearly 90% increase in the activation of the FOXO3 “Longevity Gene” in the mice fed the higher dose of the Astaxanthin compound CDX-085,” said Dr. Allsopp.

Astaxanthin is a naturally occurring compound found in seafood such as shrimp, lobster, and salmon, and is typically sourced from algae, krill, or synthesis. Multiple animal studies have demonstrated that Astaxanthin provides heart, liver, blood and other benefits.

Astaxanthin is the active ingredient in CDX-085, Cardax’s patented second generation compound. “This proprietary compound, like our first generation product ZanthoSyn, delivers Astaxanthin to the blood stream with superior absorption and purity, but in a more concentrated form, allowing higher doses per capsule and improved dosing convenience,” said Watumull. In animal study results published in peer-reviewed papers, CDX-085 statistically significantly lowered triglycerides by 72% as well as atherosclerosis and blood clots.

Researchers with the Kuakini Hawaii Lifespan Study, sponsored by the National Institutes of Health and Kuakini Medical Center, discovered that for those who have a certain gene (the FOXO3 “G” genotype) there is “extra protection” against the risk of death as you get older, compared to average persons. Using data from the Kuakini Hawaii Lifespan Study, a substudy of the 50-year Kuakini Honolulu Heart Program (Kuakini HHP), and the National Institute on Aging’s Health, Aging and Body Composition (Health ABC) study as a replication cohort, researchers found that people with this FOXO3 gene have an impressive 10% reduced risk of dying overall over a 17 year period. Data are based on a 17-year prospective cohort study of 3,584 older American men of Japanese ancestry from the Kuakini HHP cohort study and a 17-year prospective replication study of 1,595 white and 1,056 African-American elderly individuals from the Health ABC cohort.