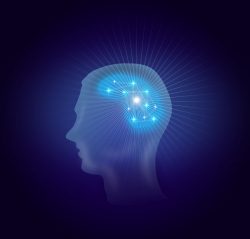 A new study has shown that by transplanting the bone marrow of young lab mice into older lab mice, cognitive decline was prevented. The younger blood cells preserved memory and learning abilities in the senior mice. The findings have supported an emerging model which attributes decline in cognitive skills at least in part to the aging of blood cells which are produced in bone marrow.

Previous studies have shown the results, however, it has not been well understood how it happens. The new research which was conducted by Cedars Sinai Medical Center, suggests that one explanation lies in specific properties of the younger blood cells.

The team then examined the hippocampus, a region in the brain which is associated with memory. The mice who received the young bone marrow transplant retained more synapses (connections) between neurons in the hippocampus than did the recipients of the older bone marrow. Synapses are important to brain health.

Additional tests indicated a possible explanation for the missing synapses. They found that the blood cells made by the young bone marrow reduced the activation of microglia. Microglia are a type of immune cell found in the brain. They support neuron health but can also become overactive and take part in disconnection of synapses. Fewer overactive microglia allows neurons to remain healthy and more synapses to survive.

With the increase in more elderly people in populations and an increase in neurodegenerative diseases, there will be a huge burden on health systems. If continued research confirms similar processes in humans, the findings could provide pathways for creating therapies to slow the progression of these types of diseases. However, translating the results if confirmed in human samples into possible treatment plans is challenging. Currently, bone marrow transplants are not feasible for this use.

The team is currently working on creating personalized young blood stem cells through stem cell technology. It is hoped that these cells might be used to help replace an individuals own aging blood cells to help prevent cognitive decline and even neurodegenerative diseases.

Below is a link to the original scientific study.