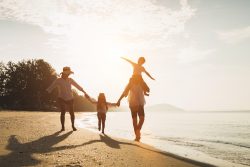 Vitamin D is naturally produced when you are exposed to the sun. It is a natural source of a hormone essential to us and especially to our bones. However, according to new research, when you are low on this vitamin, not only do the bones take a hit but also cardio health.

The study which is the first of it kind, has identified genetic evidence that a deficiency of Vitamin D is causing cardiovascular disease. It indicates that people with low Vitamin D are most likely to have heart disease and high blood pressure. Participants who had the lower concentrations of the vitamin were shown to have a heart disease risk that was more than two times higher than participants in the normal range.

Worldwide cardiovascular diseases (CVD’s) are the leading cause of death. Low levels of Vitamin D are common in many places in the world. The team says the role of the deficiency of the vitamin for health of the heart could reduce CVD’s globally.

A severe deficiency is rare, but where is does occur it is important to be proactive and decrease negative affects on the heart.

We can get Vitamin D from food sources which include eggs, oily fish and fortified drinks and food. Unfortunately, food is a relativity poor source of the vitamin and a diet that is healthy typically does not contain enough.

If you don’t get enough from the sun, then supplementation will help keep up the requirements.

The results of the study are important as they suggest that Vitamin D levels can be raised to be within the normal range that will also affect rates of CVD’s. By increasing Vitamin D deficient levels at least 50 nmol/L it is estimated 4.4% of all CVD cases could have been prevented.

The study utilized a new genetic approach that made it able for them to assess how increasing the levels of the vitiman could effect CVD risk based on how high vitamin D levels were. The study utilized information from close to 267,980 participants which allowed them to provide strong statistical evidence for the association between CVD and Vitamin D.