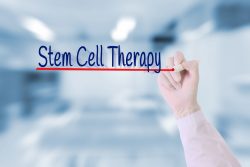 When the heart is unable to pump blood adequately to satisfy the body of oxygen and nutrients, heart failure can occur. This study was conducted to examine how injecting stem cells into the heart could treat inflammation and reduce chronic heart failure. The potential of this procedure is important on changing the way treatment for heart failure is administered.

The study addresses the aspects of heart failure like inflammation, which are greatly untreated. Currently, the treatments are device therapy development and pharmaceutical. These new findings indicate stem cell therapy could be used in addition to standard guideline therapies.

The study consisted of 537 adult participants that were divided into 2 groups. All of the participants had a history of heart failure and also exhibited reduced ejection fraction. This is when the heart’s left side, which is the main pumping chamber is weakened.

Half of the group were randomly chosen to receive an injection of 150 million stem cells directly into the heart using a catheter. The rest of the group received a scripted procedure that was fake. The participants were then monitored for about 30 months.

The main focus was to see if any of the stem cell recipients had to be admitted to the hospital for worsening heart failure treatment. They also tracked to see whether or not any of the participants had a stroke, heart attack or had died. They were measured for levels of high-sensitivity CRP (c-reactive protein) which is an indication of inflammation found in the blood.

And that while hospitalizations did not decrease other significant findings did occur. The participants that had the stem cell injection showed a 65% reduction in strokes and non-fatal heart attacks. Of those that had high levels of inflammation they showed 79% less to have a stroke or non-fatal heart attack and 80% less cardiac death.

It was determined that the stem cell injection treatment was effective in addition to the current standard treatments for heart failure. The stem cells also helped blood vessels in the body but acted primarily in the heart. This is the first time that these cells could be linked to a cause and effect support to heart failure.

Further research is warranted to understand the progression of heart failure and how the stem cell injections can affect it.