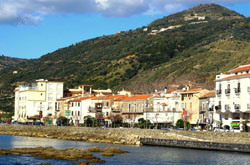 Researchers from Rome’s Sapienza University and the San Diego School of Medicine spent six months studying the residents of Acciaroli in order to determine why over 10% of the population is more than 100 years old. This small village in Italy is best known for its natural beauty and healthy fruits and vegetables.

With a population of 700 people Acciaroli is part of an area that thrives on a diet of Mediterranean foods, such as fresh fruits and vegetables, fish, and olive oil. This is where Ancel Keys, a nutritionist from the United States, found convincing proof that the Mediterranean diet provides excellent health benefits. Researchers also found that the people living in these small communities, and in nearby villages appear to be almost immune to chronic illnesses, such as heart disease and dementia. These illnesses are common among aging citizens living in the Western World.

The Researchers discovered that Adrenomedullin, a hormone that widens blood vessels, was found to be present in small quantities in the test subjects. Adrenomedullin is present “in a much reduced quantity in the subjects studied and seems to act as a powerful protecting factor, helping the optimal development of microcirculation”, or capillary circulation, they said in a statement. In older people, capillary blood vessels usually degenerate, but the seniors in Cilento had capillaries of the sort found in much younger people, even those in their 20s.

The study also describes “metabolites present (in the bodies of those studied) which may have a positive influence on longevity and the well-being of Cliento’s centenarians”, without giving further details. The research has been expanded to include more data from blood tests, neurological reading and cardiac exams.

The scientists are looking into whether genetics could combine with lifestyle factors including diet and physical activity to extend the villager’s longevity.
The residents eat rosemary almost every day, which is known to improve brain activity. Walking, gardening, fishing and other physical activities are other important ingredients for a long, healthy, prosperous life that are practiced regularly by the residents.

Quality of life and longevity tend to improve the more people eat unprocessed natural foods with lots of vegetables, fruits, beans, whole grains, nuts, and seeds. Most centenarians are not vegetarians, but generally eat a relatively small amount of meat.

The researchers have decided to extend the study and expand their research, including by launching a fundraising campaign. Aside from blood tests, the researchers also carried out cardiac and neurological tests, Alan S. Maisel, the San Diego cardiologist heading up the project.