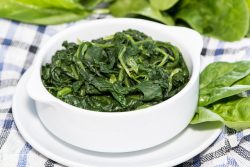 A research team at UT Health San Antonio has stated that its has found the link between the Western Diet that tends to be one that is high in fats and chronic pain. The groundbreaking study has been 10 years in the making, and it could ultimately affect a variety of illnesses and may even have an impact on the opioid epidemic in this country.

The study has noted that in particular dietary choices for people with autoimmune disorders like lupus, diabetes, and cardiovascular diseases have been studied for years for what their effect might have on leading to these diseases. Studying a diet high in Omega 6 fats in and of itself and their connection to inflammation and pain is a novel approach being looked at by the UT researchers.

According to the lead researcher, the degree of inflammation and pain can determined by looking at the amount of Omega 6 fatty acids in a person’s body. This could result in curing a particular pain amounting to a new look at the grocery store rather than a pill.

By enriching the diet with healthy omega-3 lipids, pain can be relieved due to reduction of neuropathy and inflammation. The thinking is it could have a broad effect.

The team’s theory was lab tested on mice which all had diabetic neuropathy. The affected mice received reduced Omega-6 lipids through their diet, and in addition an increase in the healthier Omega-3 lipids. The mice showed amazing relief just from their change in diet. Both Omega-3’s and Omega 6’s are healthy fats however, the balance should lean more towards Omega-3’s than the typical Western diet.

People who consume more of the unhealthier Omega-6 lipids such as are found in soy bean oil, corn oil, peanut oil, safflower oil, canola oil, and most other vegetable oils as well as meat from grain fed animals have more pain. Those are the people who require more analgesic drugs and painkillers due to the level of their pain.

At the grocery store, it is suggested that people choose more Omega-3 foods such as broccoli, flax seed, salmon, sardines, spinach, chia seeds and mango’s. These food items have higher Omega-3’s as compared to their level of Omega-6’s. Also olive oil is good because it contains mostly mono-saturated fats and has no significant effect on the balance of either type of polyunsaturated fat.

Quite the opposite exists with processed foods such as onion rings, potato chips, cookies, french fries, cakes, and other foods that are deep fried or contain unhealthy vegetable oils. Meat from grain fed animals contain high levels of arachidonic acid which is an omega-6 fatty acid that is unusually powerful at causing inflammation when it is consumed.

There are far reaching effects that come from the study that could affect people who suffer from diabetic neuropathy by literally curing their disease just by having their diet changed. In this country the opioid addiction crisis could also be decreased through using adjustments to diets rather than analgesics.

We rely on lots of medications in our society, but there are other possibilities shown by this study.
A simple way to potentially ease a person’s pain is by changing their diet which may help avoid some medications just be treating their pain with a healthier Omega 3 rich diet.