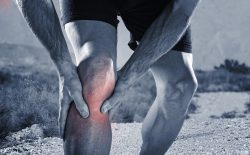 Due to the buildup of scar tissue from a variety of tendon injuries such as jumper’s knee and rotator cuffs, secondary tendon ruptures along with painful and challenging recoveries can occur. New research has shown that the existence of stem cells in tendons can potentially be harnessed to not only improve the healing of tendons but also even avoid surgery.

Tendons are the connective tissue that tethers our muscles to our bones. These tendons improve not only our stability but also facilitate the transfer of force which allows us to move. However, they are particularly susceptible to damage and injury.

Once tendons are injured they rarely fully recover. This can result in mobility limitations and often times requires long term pain management and even surgery. The problem is the fibrous scars which disrupt the tissue structure of the tendons.

The research which was conducted at the Carnegie Institution for Science, revealed all of the cell types which are found to be present in the Patellar Tendon which is found below the kneecap. This included previously undefined tendon stem cells.

Because injuries to the tendons rarely heal completely, it has been thought that tendon stem cells did not even exist. Many researchers have searched for them but to no avail until the recent work which defined them for the first time.

Stem cells are blank cells which are associated with nearly even tissue type which have not fully differentiated into a specific function. They can self renew which creates a pool from which newly differentiated types of cells can form to support a particular tissue’s function. Muscle stem cells for example differentiate into muscle cells.

The research team showed that both tendon stem cells and fibrous scar tissue cells originate in the identical space which is the protection cells that surround our tendons. Additionally, the tendon stem cells are part of a competitive system with precursors of fibrous scars. This explains why healing of injured tendons is so challenging.

Tendon stem cells must outcompete scar tissue precursors so they can prevent the formation of difficult fibrous scars. Discovering a therapeutic way to block these scar forming cells and instead enhance the tendon stem cells could be a huge game changer for treating tendon injuries.