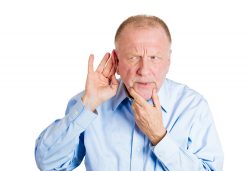 Loss of hearing due to noise, certain cancer drugs and aging cannot be reversed due to researchers not being able to reprogram cells to evolve into the inner and outer ear sensory cells. This is fundamental for hearing after they have died. However, researchers have now found a particular master gene to program ear hair cells into an inner or outer cell. This overcomes a significant hurdle that has prevented these cells from developing and hearing to be restored.

The findings are the first time that it has been shown that a cell can switch to one type or the other type. It will supply a formerly unavailable tool that will make an outer and inner hair cell.

Right now scientists can create an artificial hair cell. However, it is not able to tell the difference between an outer or inner cell which provides crucial functions in producing hearing. The findings are a major advancement to development of those specific cells.

When hair cells that are made by the cochlea die, hearing loss and deafness occur. The cell develops in the embryo but does not reproduce. Outer hair cells contract and expand responding to pressure of sound waves and turn up sound to the inner hair cells. They carry the vibrations to the neurons to make the sound that we hear.

The scientists found the master gene switch known as TBX2 which programs the ear cells. An inner cell is created when this gene is expressed. If the gene becomes blocked, it then becomes an outer hair cell. The capability to create one of these cells requires a gene mix. The GF1 and the ATOH1 genes are required to create a cochlear hair cell from a non-hair cell. TBX2 is then able to be turned off or on to create the needed outer or inner cell.

The aim is to reprogram the supporting cells that are laced among the hair cells to provide them with basic support into outer and inner hair cells.

The team can now work on how to make a specific inner cell and outer cell and why the outer cells are more susceptible to die and cause deafness. The scientists stress that the research is experimental.

To view the original scientific study click below:
Tbx2 is a master regulator of inner versus outer hair cell differentiation