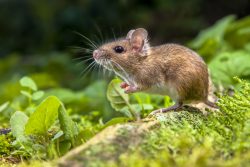 Researchers at Boston Children’s Hospital have conducted a study that shows new insight as to why people with spinal cord injuries become paralyzed from the injury site down, even when the spinal cord has not become completely severed. Using paralyzed mice, they have shown that a small molecule compound when given systemically can revive these circuits and restore their ability to walk. They saw 80% of compound treated mice sleeping ability restored.

The researchers took a new approach from earlier studies from inspiration by the successful strategies of epidural electrical stimulation, the only treatment that was effective in treating patients with spinal cord injury. A current was applied to the lower position of the spinal cord in combination with rehabilitation training, some parties regained movement. The epidural stimulation seemed to affect the excitability of neurons. When the stimulation was turned off, the effect was gone. The researchers tried to find a pharmacologic reason to conduct the same stimulation and, therefore, understand how it can work.

The researchers selected some of the compounds previously known to change neuron excitabilit;y and able to move across the blood brain barrier. The compound was given to mice in groups of 10 by intraperitoneal injection. All the mice used in the study had spinal cord injuries but with some nerves still intact. Each group including a control group that was given a placebo were treated for 8 to 10 weeks.

One of the compounds used, called COP290, had the most powerful effect. It enabled the mice that had been paralyzed restore their stepping ability after 4 to 5 weeks of the treatment. Recordings of the electromyography were shown that the 2 relevant groups of hind limb muscles had become active. And the scores from walking remained higher than the control groups for up to 2 weeks after stopping treatment with minimal side effects.

CLP290 is shown to activate a protein called KCC2 found in cell membranes. It transports chloride out of neurons. The current research shows that neurons that inhibit an injured spinal cord are important to the recovery of the function of motor skills. These neurons produce drastically less KCC2 after a spinal cord injury and they are unable to respond properly to signals from the brain. They only respond to excitatory signals which tell them to keep firing. This results in too much inhibitory signaling in the overall spinal circuit. In other words, the brain is not commanding the limbs to move.

Restoring KCC2 with either genetic techniques or CLP290, the inhibitory neurons may receive signals inhibiting the brain which tells them to not to fire as often. The researchers found that this changes the overall circuit backward toward excitation, making it respond more to brain input. This had the same effect of reanimating spinal circuits which were disabled due to injury. By restoring inhibition, the whole system will be excited more easily. However, there does need to be a balance as too much excitation is not good and too much inhibition is not good either.

The team is now investigating other compounds that will act as agonists to KCC2. They believe such gene therapy to restore KCC2 might be combined with epidural stimulation to maximize function after spinal cord injuries.