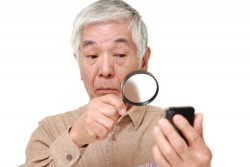 In adults 50 or older, the most frequent cause of blindness is age-related macular degeneration (AMD). This condition leads to central vision loss and affects about 196 million people around the globe. Treatments can slow down the onset and even preserve some of a patient’s vision, however there is no cure.

However, recently a team at the University of Rochester made a significant breakthrough in a possible cure for AMD. A first time three-dimensional lab model that mimics the human retina part which is affected in macular degeneration.

The teams’ model combines vascular networks form patients and retinal tissue from stem cells with synthetic materials that are bio-engineered in the three-dimensional matrix. By utilizing the patient’s 3D retinal tissue, they were able to study the mechanisms that underlay what is involved in advanced neovascular macular degeneration which is the wet form of the disease. This particular form of the disease is more blinding and debilitating.

The team has also shown that we-AMD-related changes in their model might be targeted with drugs. Once they have validated the results over a larger sample, their next hope if that they could develop rational drug type therapies and possibly also test the efficacy of any specific drug to work for single patients.

The findings have helped resolve a large debate researchers have in the field who have been working on how to determine if defects in the retina alone are what is responsible for macular degeneration or if the disease is possibly due to other systemic issues such as blood supply.

The current research shows quite strongly to retinal defects being responsible and in more detail defects in the retinal pigment epithelium (RPE) which is a cell layer which is pigmented and feeds the retina’s photoreceptor cells.

There are two areas of the eye which are affected by AMD. This includes RPE and also beneath the RPE is an underlying system of support known as the choriocapillaris which is composed primarily of capillaries which nourish the outer retina.

Until recently, scientists have primarily relied on rat models. However, the physiology and anatomy of the rodent retina and the human retina a quite different. In order to have the entire complex which becomes affected by AMD, it was very important to the team to create an in vitro human model of the layer of choriocapllaris along with the RPE. This method allows the properties of each different cell type to be independently controlled.

The team’s lab engineered the 3D matrix so that the choriocapllaris would be placed safely and additionally oriented properly within the overall vasculature. They also facilitated adhesion of the RPE cells in the model and although small, it was an important contribution. Their three-dimensional model was vital for them to be able to describe the very amazing things they have discovered and identified through utilizing this model.

The team’s discoveries offer a potential resolution to the discourse over causes of AMD. The results have shown that RPE cell defects alone are adequate to lead to the disease. A person an have totally normal choriocapillaris, however if the RPE’s are dysfunctional they will lead to dysfunction of the choriocapillaris.

Additionally, through using samples of blood from wet AMD patients in their human retain model, the data shows for the first time that factors which are blood-driven can individually add to both the development and also the progression of the wet form of AMD.

The team’s work has succeeded in the creation of a precise human model of the choriocapillaris/RPE complex, has confirmed that RPE and mesenchymal stem cells have a role in development of the choriocapillaris layer, has mimicked the aspects of AMD in a human model, has shown an understanding of roles of the blood derived factors and specific cell types in the development of the disease, and has shown disease targeting by utilizing a drug with a patient derived cell model.