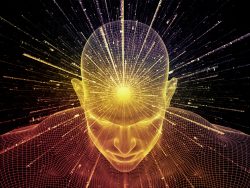 Scientists at the University of Virginia School of Medicine have discovered that improving the function of the lymphatic vessels in mice has led to dramatic enhancement of their ability to learn and improve their memory. The work which was led by neuroscientist Jonathan Kipnis, Ph.D., may provide doctors a new path to treat and prevent a variety of age related memory loss and other conditions.

In 2015 the team discovered that the brain is surrounded by lymphatic vessels. These were vessels science textbooks said did not exist. The discovery made headlines around the globe and was named one of the year’s biggest discoveries by Science. Dr. Kipnis sees the newest discovery as the most important yet. He notes that if they can make old mice learn better, then there is something that can be done. The pathology in the mice subjects looked very similar to what is seen in human samples in terms of all the amyloid protein. When the team obstructed vessels in mice models, there was a significant accumulation of harmful plaques in the brain.

The team were able to use a compound to improve the flow of brain waste to the lymph nodes in the necks of aged mice. When done, the vessels became larger and drained better which had a direct effect on the mice’s ability to remember and learn. By targeting the lymphatic vasculature around the brain, they observed enhanced cognitive ability in old mice.

The team determined that obstructing vessels in mice worsened the accumulation of harmful amyloid plaques in the brain which are associated with memory related disease. This could help explain the buildup of such plaques in people. Since 98 percent of cases are not familial, it is really a matter of what effects aging has on these types of diseases. By figuring out what specific changes are happening in aged lymphatics in humans, specific approaches can be developed to treat age related memory diseases.

The team believes that the best way to treat memory related diseases in the aged might be to combine vasculature repair with other approaches. By improving the flow through meningeal lymphatic vessels, it might be possible to overcome some of the obstacles that have hindered previously promising treatments. Additionally the new discovery may offer ways to stave off the onset of these types of diseases to the point that treatments won’t be necessary. It may even be possible to delay them indefinitely.