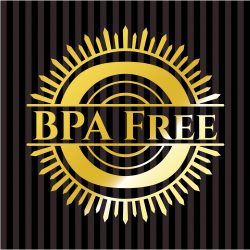 Twenty years ago a research team discovered by accident that BPA had leached out of plastic cages that were used to house female lab mice which caused an increase in chromosomally abnormal eggs. They have now discovered that a variety of alternative bisphenols now being used to replace earlier BPA in BPA free cups, cages, bottles and other items appear to have similar problems with their mice. Patricia Hunt of Washington State University reports a strange deja vu experience in their laboratory.

The recent findings were uncovered very similarly as the team once again noticed changes in the data coming from studies on control animals. The problem was once again traced to contamination from damaged cages, however the effects were more subtle than what presented in the original discovery. That was due to not all of the cages being damaged and the contamination source remained less certain.

The team was able to determine that the mice were being exposed to bisphenol replacements. They also observed that the disturbance in the lab was causing problems in the production of both sperm and eggs. After getting the contamination under control, they conducted additional controlled studies to test the effects of a variety of replacement bisphenols including one of the more common replacements known as BPS. The studies confirmed that the dispenol replacements produce remarkably similar chromosomal abnormalities as those seen in the earlier BPA study.

Patricia Hunt noted that the initial accidental exposure of the mice was remarkably similar to what could happen in people who use plastics in that the exposure was highly variable and accidental. Not all of the mice’s cages were damaged therefore the findings differed among mice in different cages. She adds that although determining levels of human exposure is difficult, the controlled experiments were conducted using low doses of BPS and other disphenol replacements thought to be relevant in people who use BPA free plastics.

The problems if they remain true in people as has been shown with BPA, will carry to future generations through their effects on the germ line. The team has shown that if it were possible to completely eliminate bisphenol contaminants, the effects would still persist for about three generations.

The team says more work is needed to determine whether some bisphenol replacements might be safer than others as there are dozens of these types of chemicals now in use. They also suspect that other widely used and endocrine disrupting chemicals such as parabens, flame retardants and phthalates may have similar adverse affects on fertility and they warrant study also.

The team agrees that the ability to rapidly enhance properties of chemicals has tremendous potential for treating a variety of diseases, controlling dangerous infectious agents, and enhancing medical and structural materials. The technology has paved the way for green chemistry which is a healthier future achieved by engineering chemicals to protect against hazardous effects. Currently however, regulatory agencies which are charged with assessing chemical safety cannot keep up with the introduction of new chemicals. Furthermore, as disphenol replacements illustrate, it is more cost effective and easier under current regulations to replace a chemical of concern with structural analogs instead of determining the attributes that make it hazardous.

The teams advice to consumers is simple: BPA free or not, plastic products which show physical signs of aging or damage cannot be deemed safe.