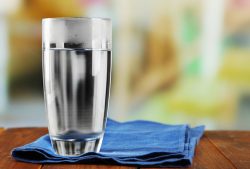 According to a study conducted by the University of Illinois at Chicago intermittent fasting can be a very effective tool to help lower blood pressure and help in weight loss. This study is the first to look at the effects of time-restricted eating which is fasting for a select number of hours per day in regards to weight loss and also including other measures of health.

Researchers worked with 23 obese participants who had an average age of 45 and an average BMI of 35. From 10 a.m. to 6 p.m. the volunteers could eat any quality and type of food they desired, but for the remaining hours in a 24 hour period they could only have calorie free beverages or water. The study lasted for 12 weeks. The researchers measured a variety of factors including blood pressure, glucose level, fat mass and cholesterol.

After the 12 week period of the diet the researchers compared the results to another matched historical control group from an earlier weight loss trial and found the recent group lost weight and improved their blood pressure. The recent group consumed approximately 350 less calories, saw their systolic blood pressure reduced by about 7 millimeters of mercury, and lost about 3% of their body weight. Other measures such as insulin resistance, cholesterol and fat mass were similar to the earlier group.

The study shows that there are options for a weight loss plan that does not require calorie counting or eliminating certain foods. Intermittent fasting is certainly an option. The results were very similar to other studies which focused on alternate day fasting, but what they did note is that it is usually easier for people to follow what is referred to as the 16:8 diet which is 16 hours of fasting with 8 hours of feasting which is what they recent study was.

The Centers for Disease Control and Prevention has estimated that more than 1/3 of adults in the United States are obese. Obesity leads to coronary heart disease, Type 2 Diabetes and a host of other metabolic diseases. Finding a diet such as the 16:8 diet that is workable for an individual is important as even small amounts of success can result in improvements in metabolic health!